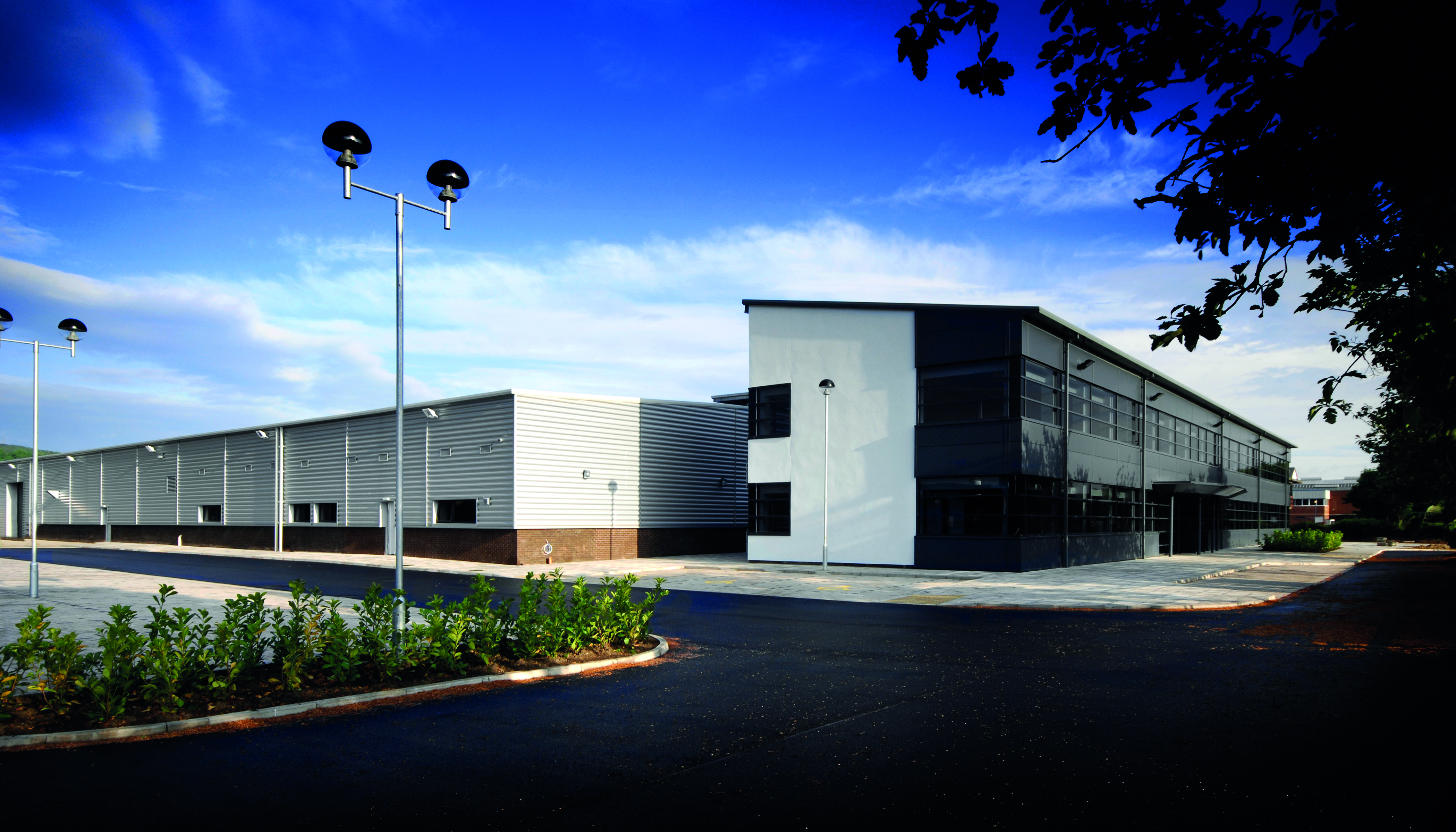 Tom Willshaw 12 Jan 2018
Assessing the case for removing light industrial to residential permitted development rights The temporary permitted development right (PDR) for change of use from Use Class B1(c) light industrial to C3 residential came into force on 1 October 2017. This means that light industrial premises which have a floor area of less than 500 sqm can now be converted to residential use under the prior approval process, rather than requiring an application for planning permission. The temporary PDR is in force until 1 October 2020 (though any changes of use permitted during this period are permanent). The process is subject to various limitations and conditions, which are covered in an earlier blog by my colleague Owain Nedin. The new PDR represents another of the Government’s wide-ranging measures aimed at boosting housing supply across the country. However, the PDR raises some potential issues for the future economic vitality of local areas that local planning authorities may need to consider. These include: permanent loss of business space, particularly of smaller industrial and workshop premises which can play an important role in the local economy; limiting the ability of local areas to plan effectively for business needs, employment and growth; and creating potential uncertainty for businesses and reduced scope for land use planning and place making for the local planning authority. Local planning authorities have the ability to remove PDRs by introducing what is known as an ‘Article 4 Direction’. This allows authorities to require change of use applications, meaning they can refer to the development plan and weigh material considerations into the balance in the process of making a decision. An Article 4 Direction requires a clear justification and a defined boundary for the proposed exemption area. Local authorities must therefore compile the necessary evidence to meet these requirements. There are two main types of Article 4 Direction: immediate and non-immediate. An immediate Direction removes a PDR with immediate effect, but must be confirmed by the local planning authority following local consultation within six months, or else the Direction will lapse. A non-immediate Direction comes into force after a period of 12 months and the PDR is removed upon confirmation of the Direction by the local planning authority following local consultation. Lichfields has developed a staged analytical framework to support local authorities in making a robust case for implementing a non-immediate Article 4 Direction. The framework draws on a range of economic data sources, local commercial property market signals and the existing planning policy position. It enables local authorities to scope, evidence and prepare the case for an Article 4 Direction, by identifying and quantifying light industrial stock that qualifies for the PDR and the wider significance of this space within a local area in terms of business activity and economic value. In turn, this can allow an appropriate exemption area to be defined and taken forward through the due process as the basis for making a Direction. Lichfields recently prepared such an analysis (also including offices which are subject to similar PDRs) for the town of Newhaven on behalf of Lewes District Council. Newhaven was one of 18 locations that were awarded Enterprise Zone status in 2015. As part of the analysis, Lichfields quantified the number of eligible light industrial premises in the town and the proportion that fall within the Enterprise Zone area. Light industrial floorspace clustering example output.  The analysis shows that Newhaven is an important location for light industrial activities in Lewes District, containing around a quarter of the local authority’s total stock of light industrial space. Furthermore, the vast majority of light industrial premises that are eligible for the PDR are within the Enterprise Zone, which has been designed to help stimulate the growth of the local economy. The quantitative analysis was coupled with site assessments to identify the function of different employment clusters in the town. The analysis concluded that the Enterprise Zone supports considerable light industrial activity, which is likely to develop further given that priority sectors for the Enterprise Zone include environmental technologies and healthcare and biologics. Lewes District Council’s Planning Applications Committee reviewed Lichfields’ analysis and found that it provided “clear evidence to support the implementation of Article 4 directions in Newhaven to protect office and light industrial use”. The Committee resolved to approve the Directions in October 2017 and these are likely to come into force later this year. They will serve to protect employment floorspace in Newhaven, thereby supporting the expansion of innovative, high value growth sectors in the Enterprise Zone. The new PDR has potential implications for industrial locations across the UK. The recently published Draft London Plan encourages London Boroughs to introduce Article 4 Directions where appropriate to ensure they can retain sufficient industrial and logistics capacity. As identified in Lichfields’ London Plan Insight, the vast majority of Boroughs are expected to retain or increase their existing industrial capacity. The implementation of Article 4 Directions will be vital to support the economic function of industrial clusters across the capital to help meet the ambitious targets for economic growth set out in the London Plan. Lichfields’ Article 4 Direction framework brings together robust analysis of local property markets and economic indicators which can help local authorities identify and prepare the case for making a Direction. For further information, please see our information flyer or get in touch.

Tom Willshaw 07 Oct 2016
Behind bars, banged up, in the slammer. One place we can probably all agree we don’t want to spend time is in prison. However, house hunters in Portsmouth will be clamouring to be ‘inside’ the city’s former jail, once it is transformed to provide new homes, a series of gardens and a café.NLP is pleased to have helped to secure a committee resolution to grant full planning permission and listed building consent for the re-use and development of the former Kingston Prison in Portsmouth. The project will provide 230 flats in the centre of the city, ensuring the impressive Victorian building will be retained, maintained and enjoyed for generations to come.Specialist heritage developers City & Country acquired Kingston Prison following its closure in 2013. Kingston was the last of 19 radial plan prisons that were built in the UK between 1842 and 1877. The prison has four wings that extend from a central rotunda, as well as other outbuildings and an additional wing that were added in the 20th century. The site is enclosed by a formidable three metre-high flint wall. NLP worked within a multi-disciplinary team which was proactively led by City & Country and included architects Feilden Clegg Bradley Studios. The team was tasked with identifying a viable and sustainable way of bringing the site back into use. One of the key planning issues to overcome was that the principal prison building, perimeter wall, engineers’ workshop and gatehouse are Grade II listed. As such, the development proposals needed to be sensitive to these heritage assets. A successful scheme was devised that respects the heritage of the building, while creating a modern, liveable environment that is viable to deliver. While some unattractive outbuildings and the more modern extra wing are to be demolished, the main building is to be converted to apartments and five new residential blocks are to be provided within the historic walls. As well as providing new homes in Portsmouth, the prison site will be transformed to create a series of gardens that respond to the strong radial geometry of the buildings, with an additional entrance to be built into the imposing perimeter wall to allow the public to explore this historic site for the first time. The indicative layout of a one-bedroom apartment within the development, made up of seven converted cells. The project included full engagement with Portsmouth City Council, together with several well-attended public consultation events. It also involved the preparation of numerous technical reports to accompany the application. An aerial view of the proposed scheme. The redevelopment of Kingston Prison is part of a first wave of exciting transformations of former prisons. With the government signalling its intention to close and sell-off further prisons, there may well be more opportunities on the horizon for local authorities and developers to provide new housing on prime urban land. The proposed redevelopment of Kingston Prison demonstrates that these often austere buildings can be transformed into vibrant, attractive and sustainable developments that can ensure the continued use and enjoyment of historic buildings into the future.It would be a crime if these opportunities were not taken.