Standard method figures below have now been superseded

The introduction of a standard method for assessing housing needs for planning purposes (first consulted on in 2017, then adopted in 2018) intended to shift time, resources and debate at examination away from the ‘numbers’ question and towards the ‘how’ and ‘where’ of building new homes. This method – which equated to a figure of around 266K per annum when launched – was based on the 2014-based Household Projections plus an uplift for affordability, subject to a ‘cap’.

In August 2020, the Government consulted on a proposed new Standard Method, which had a greater focus on affordability, the results of which were to boost the national figure to 337K, with most of the increases in the areas where the gap between house prices and incomes was greatest. This unleashed a political and media storm that led to the proposal being dubbed ‘the mutant algorithm’, and the Government indicated that it would be reviewing its draft proposals.

On 16th December 2020, the Government launched its solution: scrap its August proposals, revert back to the method it introduced in 2018, but with a modification to top up the number in the 20 largest cities and urban areas by 35%, reflecting Government objectives to, inter alia, drive housing into existing urban areas and encourage brownfield development.

You can read more about our thoughts on the changes – plus a regional analysis - in our blog here.

The Government helpfully published a spreadsheet containing the indicative figures from the new method on 16th December. To aid interpretation, Lichfields has reviewed these figures, addressed a small number of anomalies, and compiled into tables grouped by sub-regions and with additional data to enable comparison of the new figures with current local plans, recent rates of housing delivery, the original method and the ‘mutant algorithm’.

The figures from the Standard Method are minimum estimates of local housing need and are not binding housing requirements. Plan makers may set housing requirements greater than the Standard Method or provide for less housing, subject to the provisions of the NPPF. The White Paper – Planning for the Future – put forward proposals for Government to set binding housing requirement figures for individual local plans that would take into account supply, policy and environmental factors, but these provisions do not yet exist, and are unlikely to do so for some time.

For information on how we have calculated the figures, please click here. 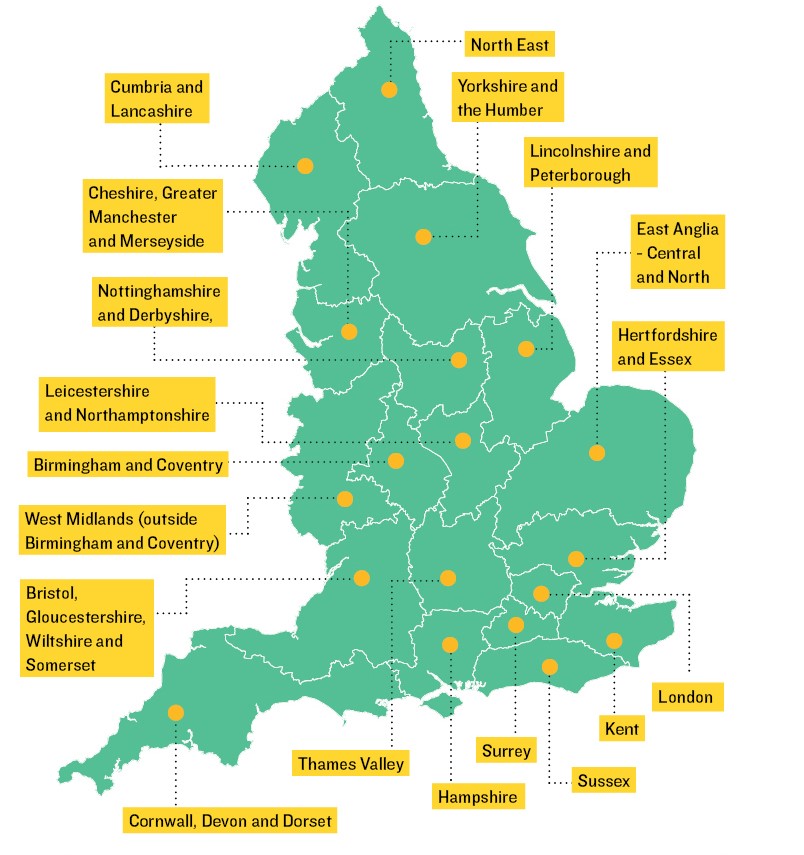 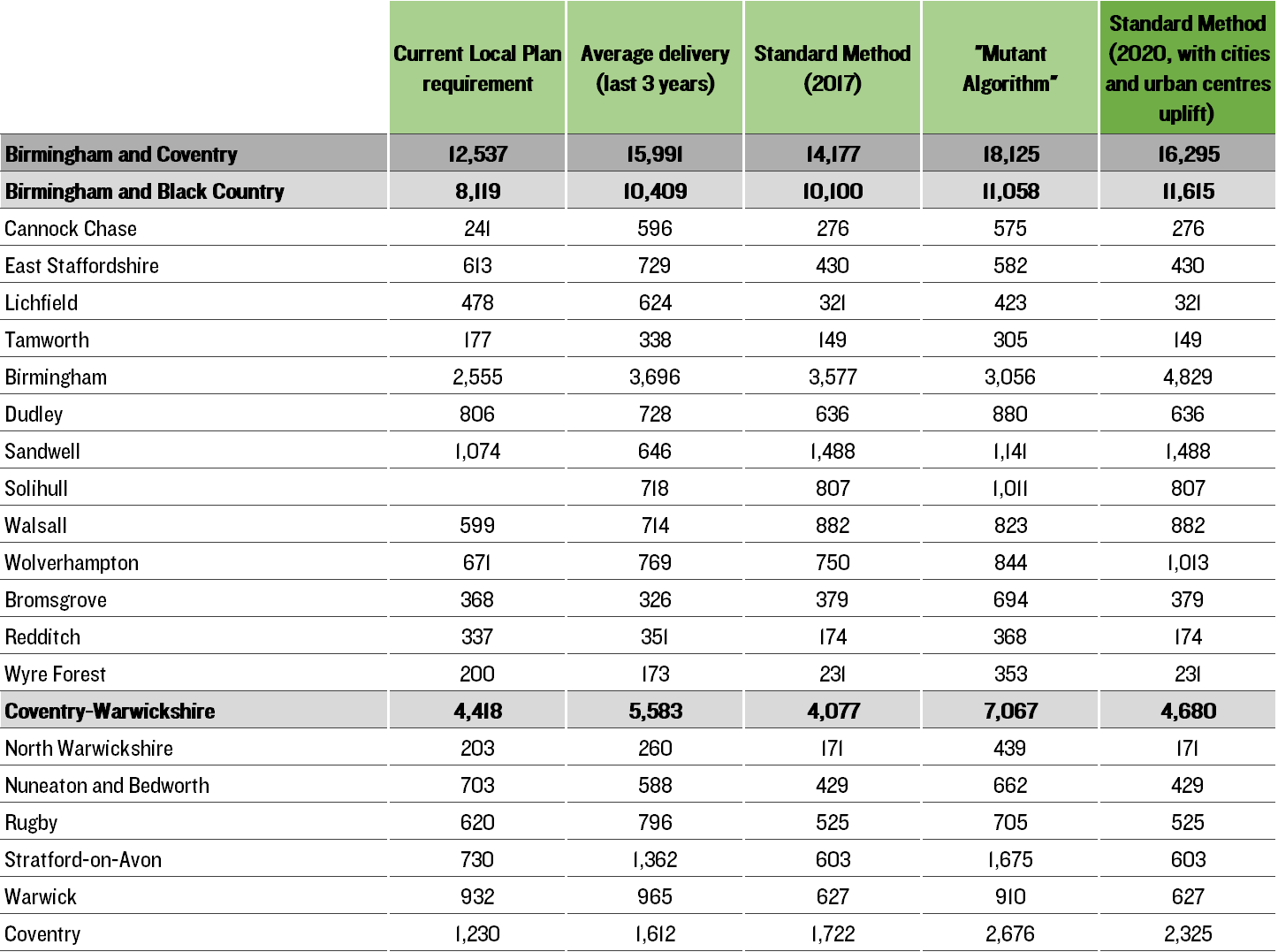 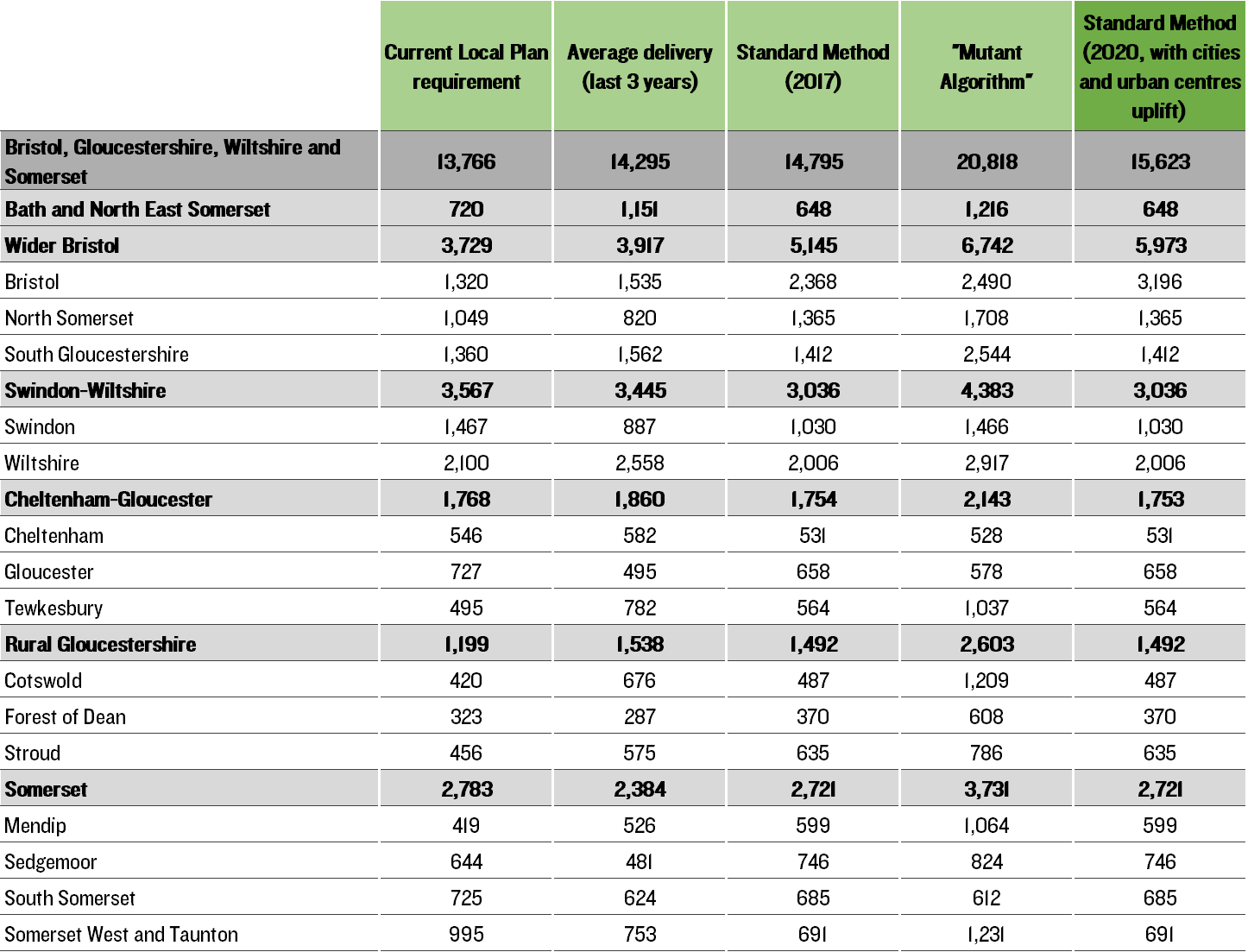 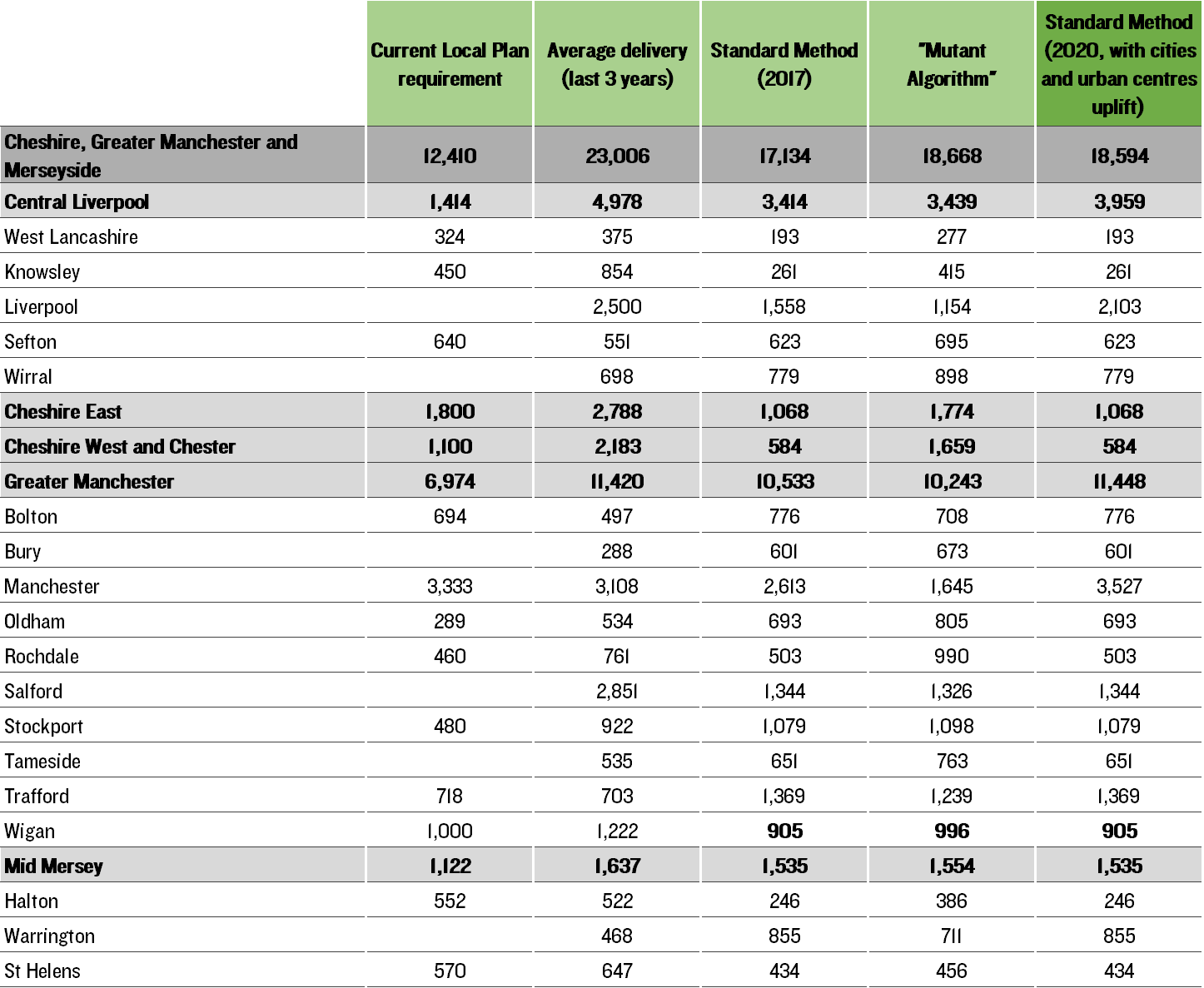 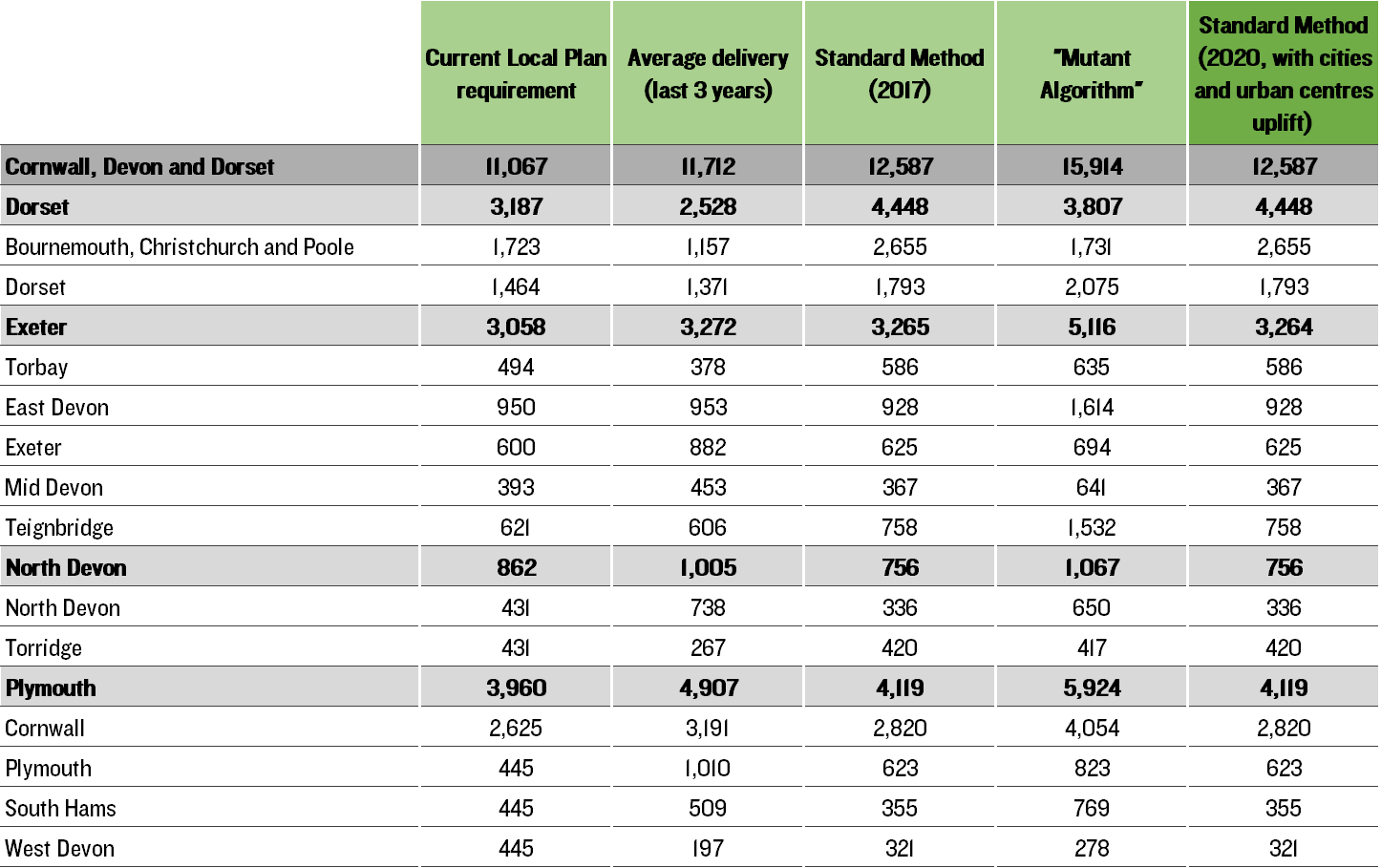 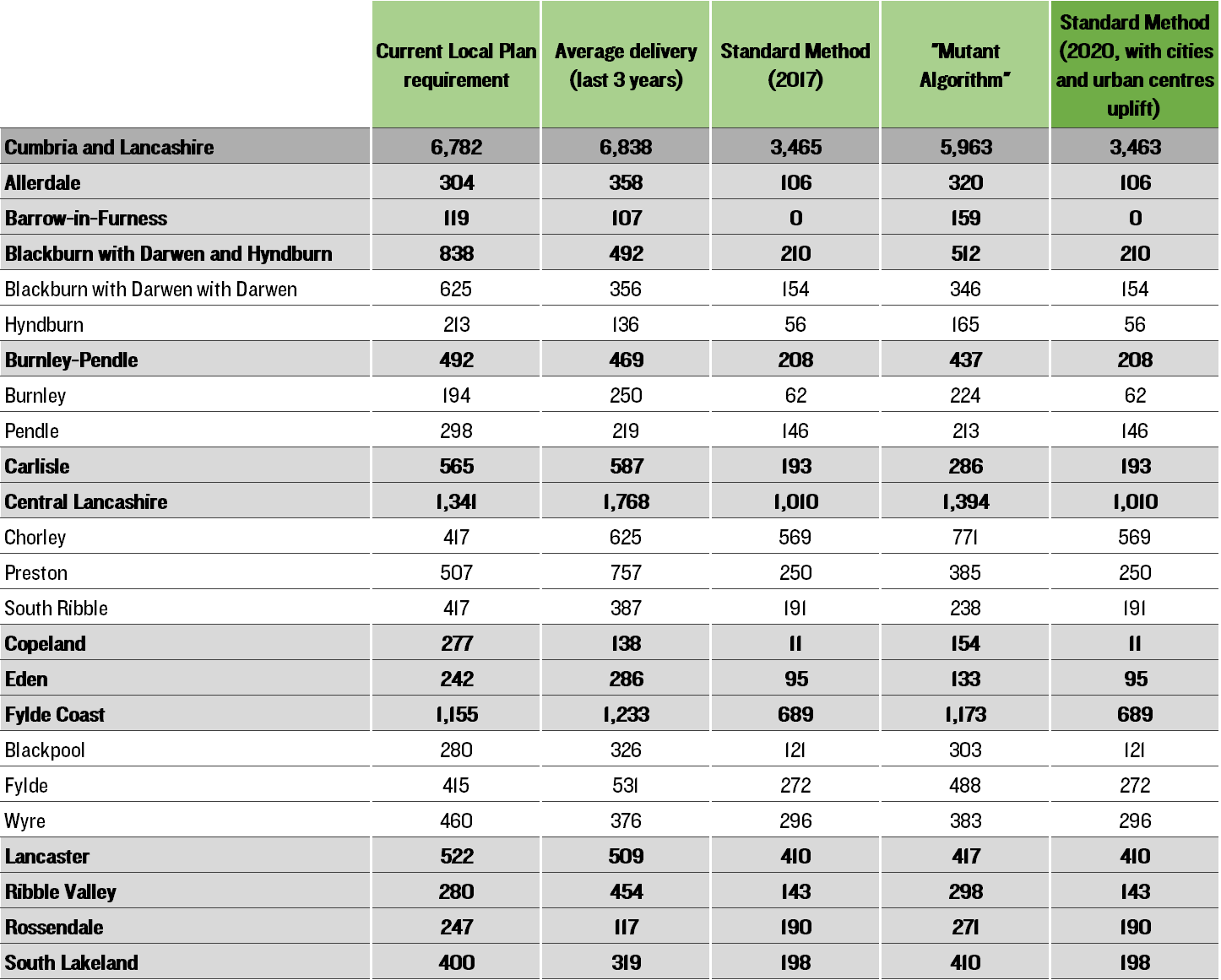 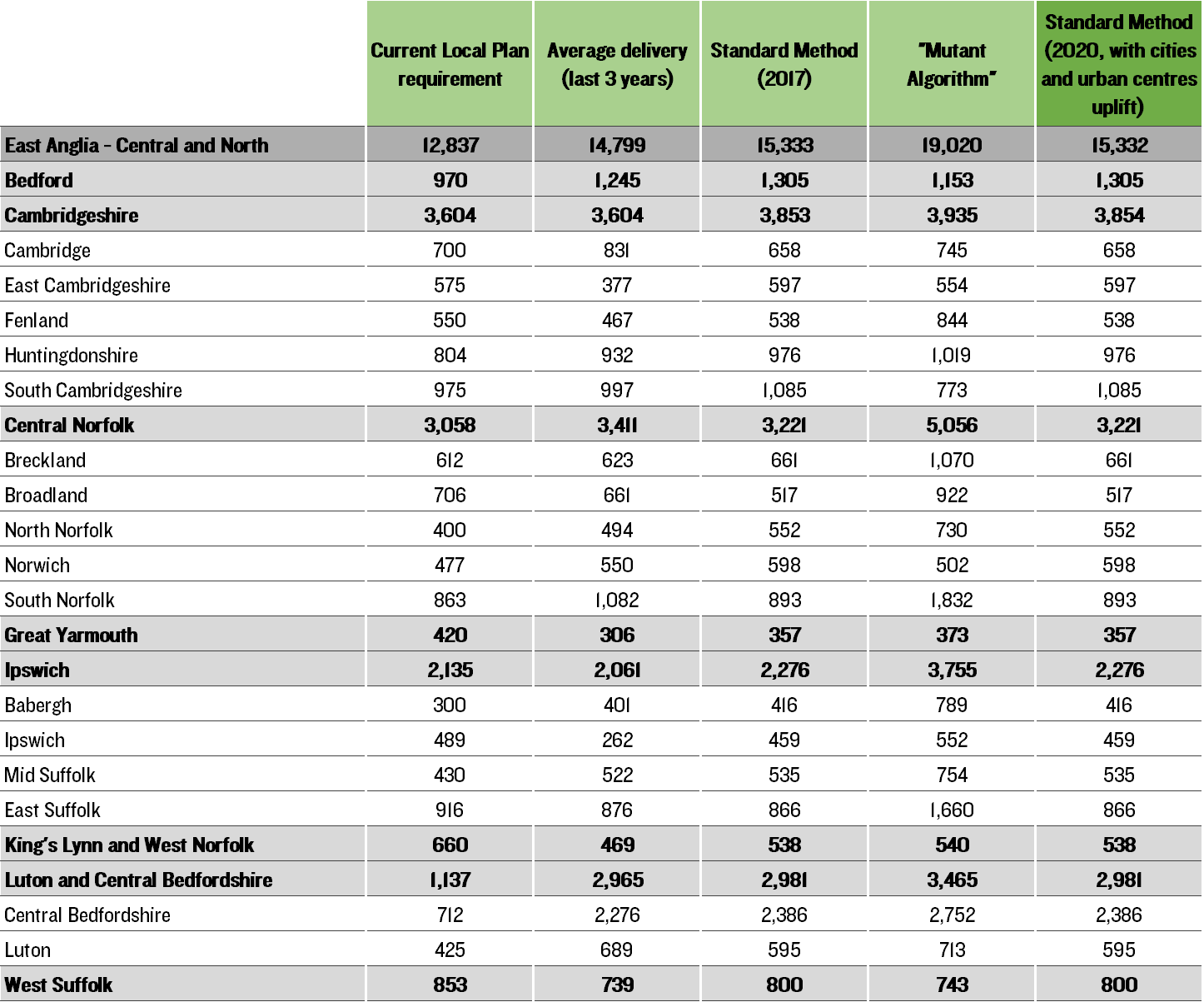 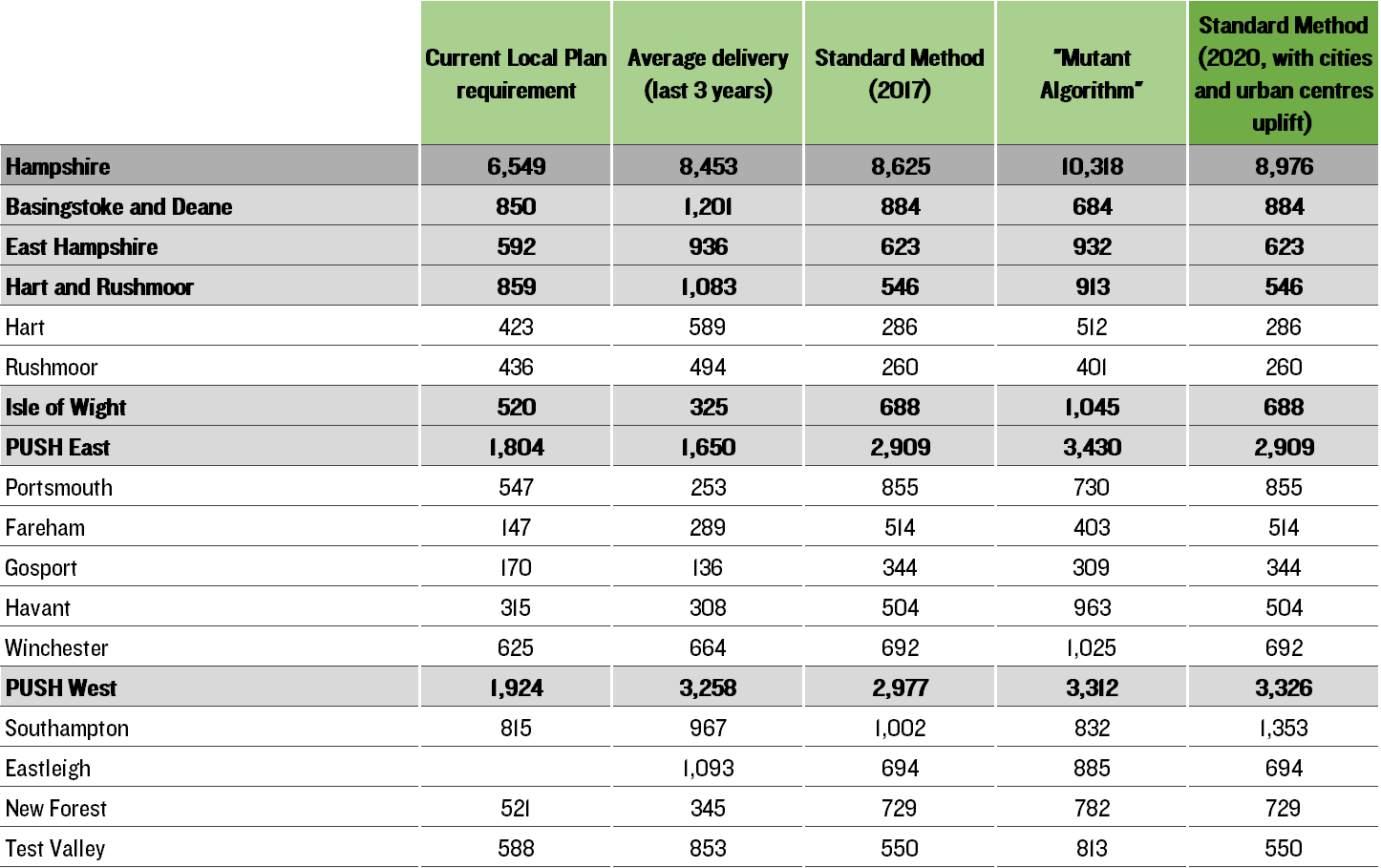 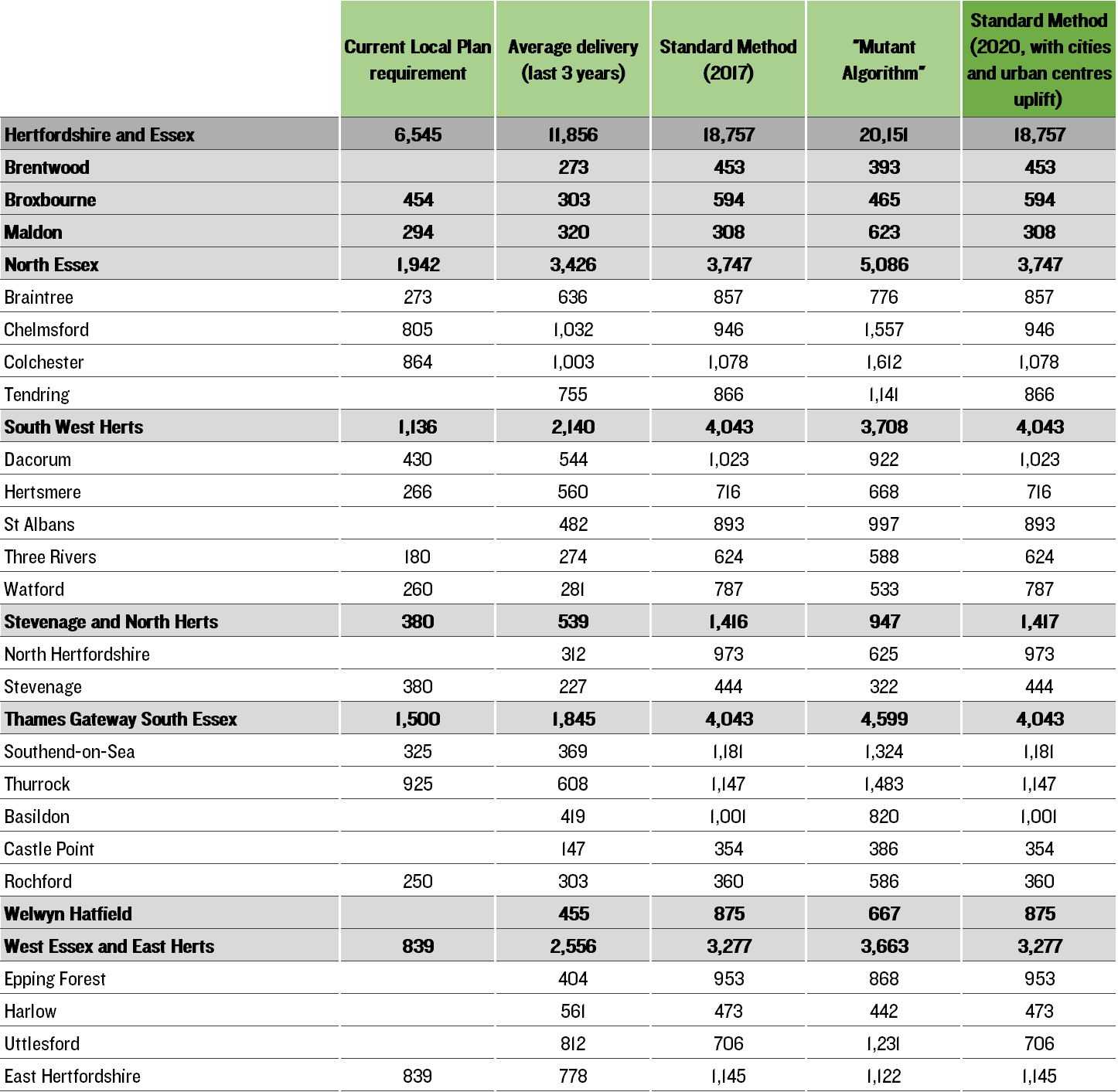 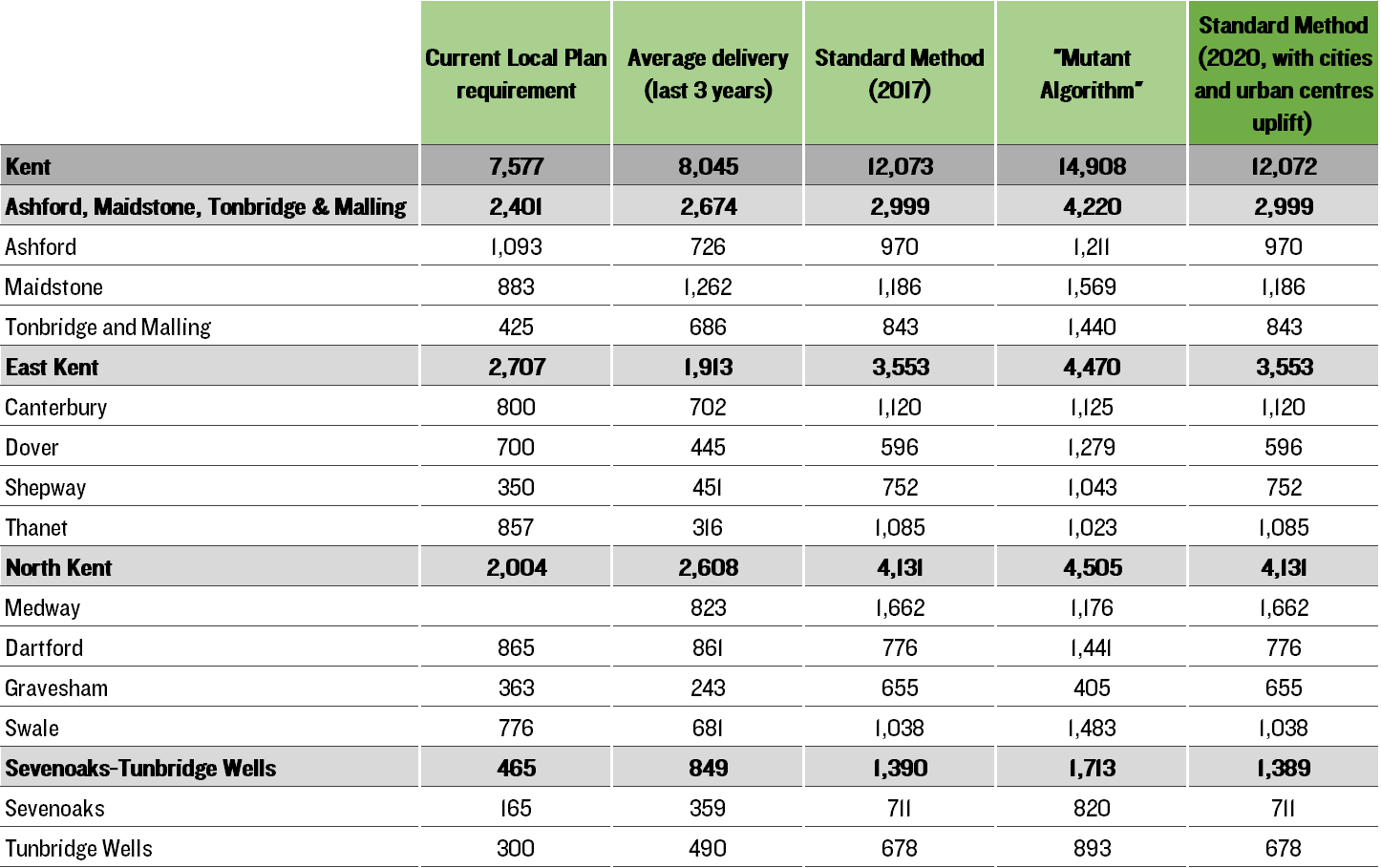 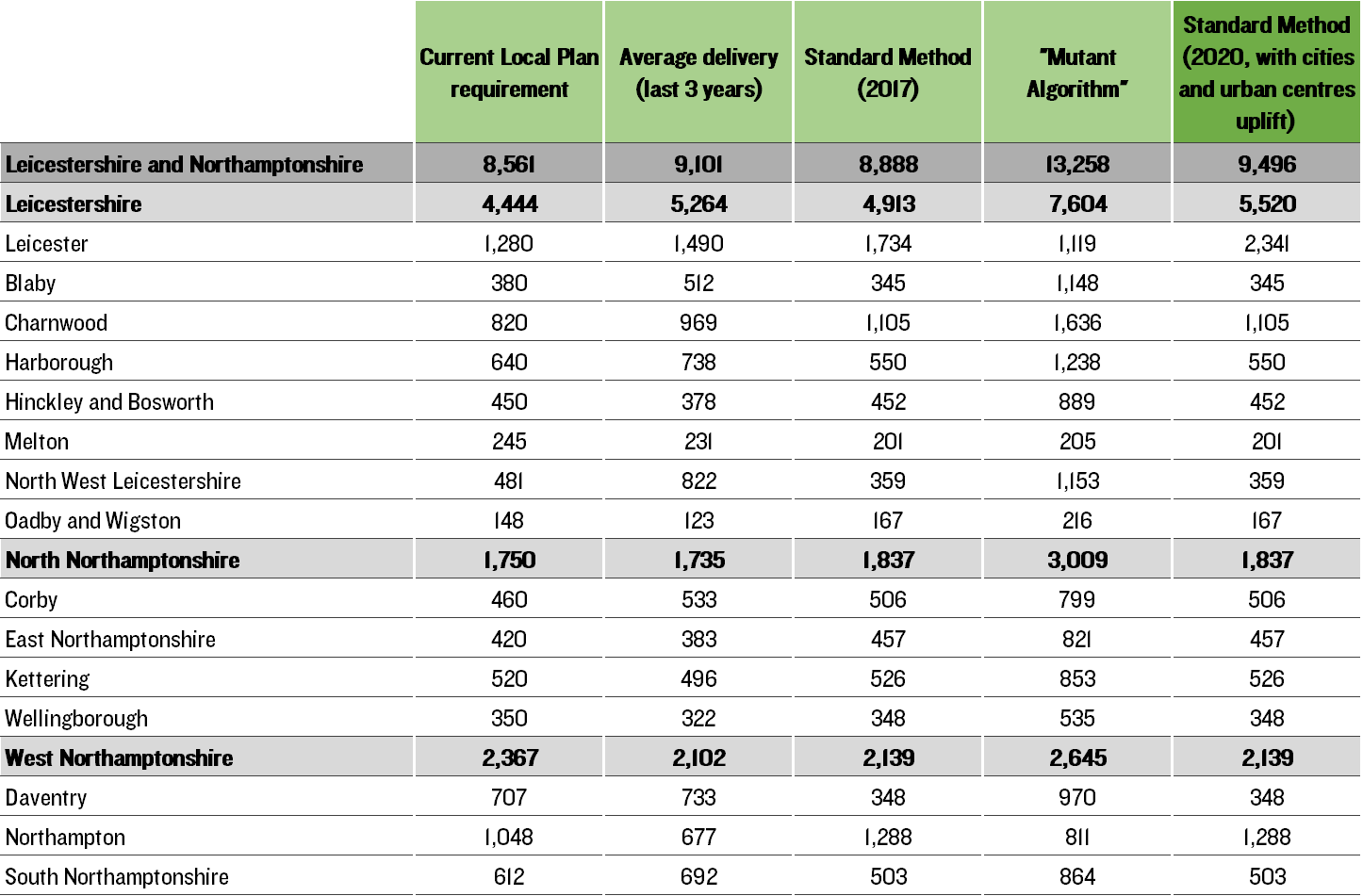 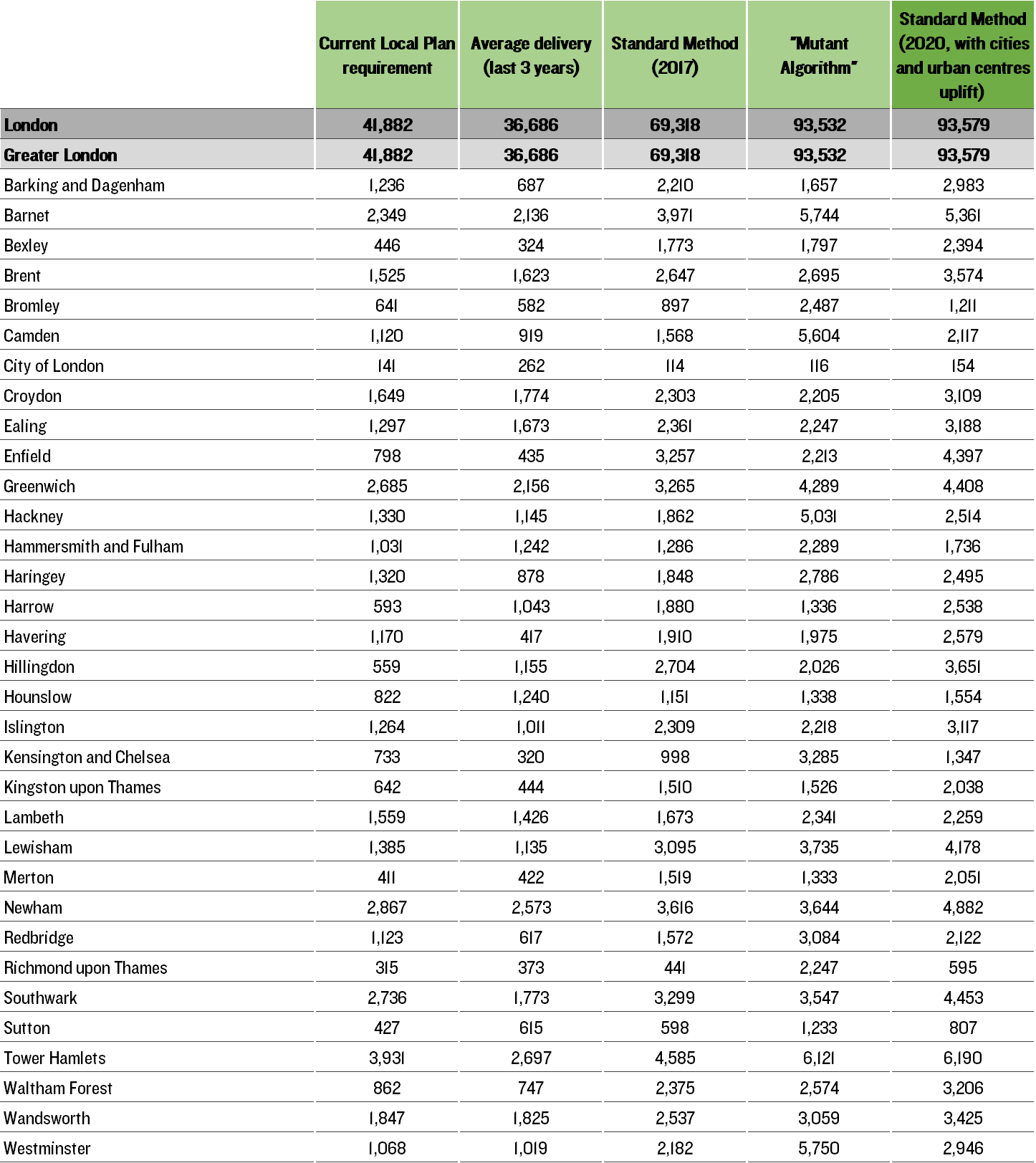 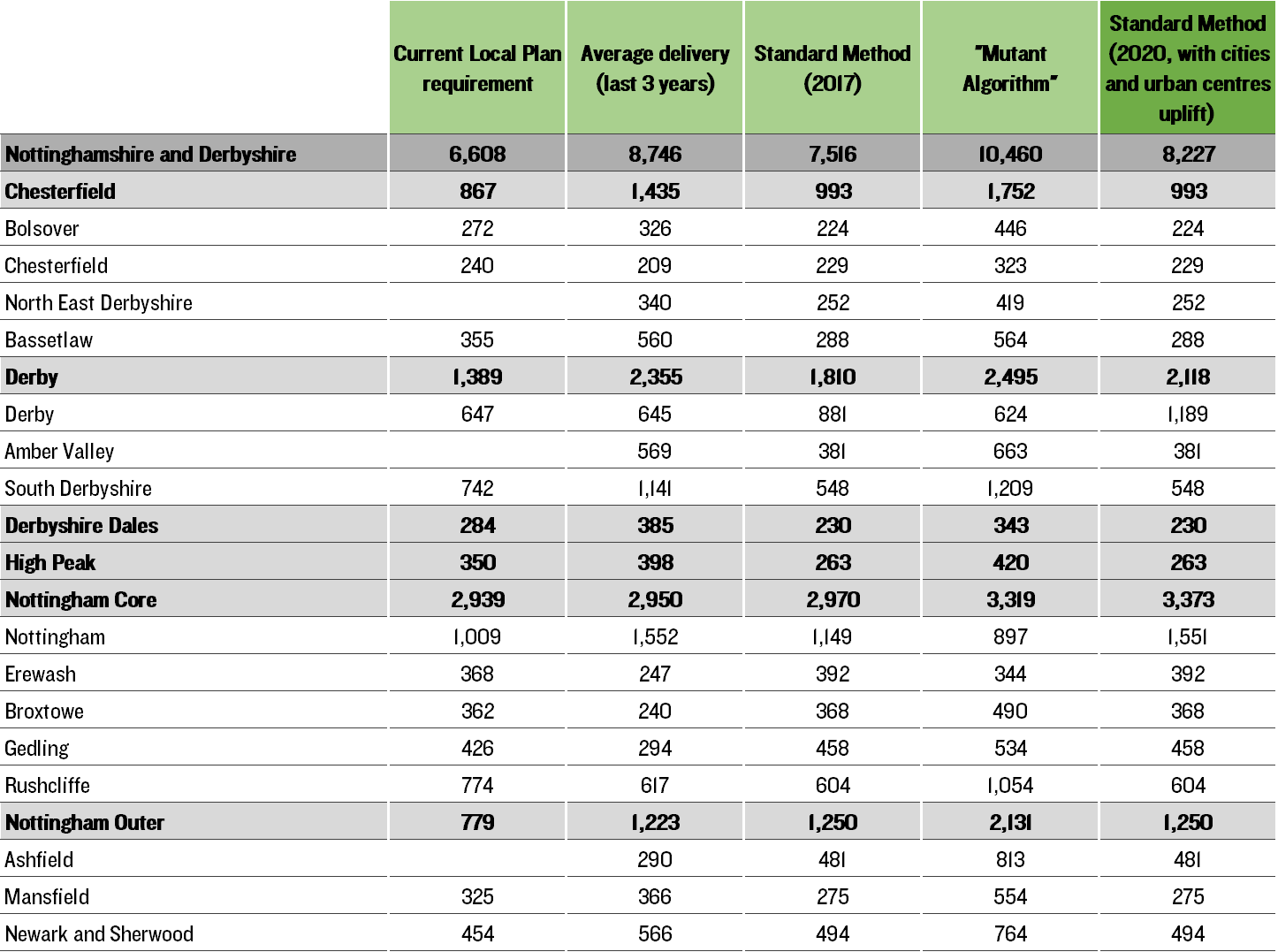 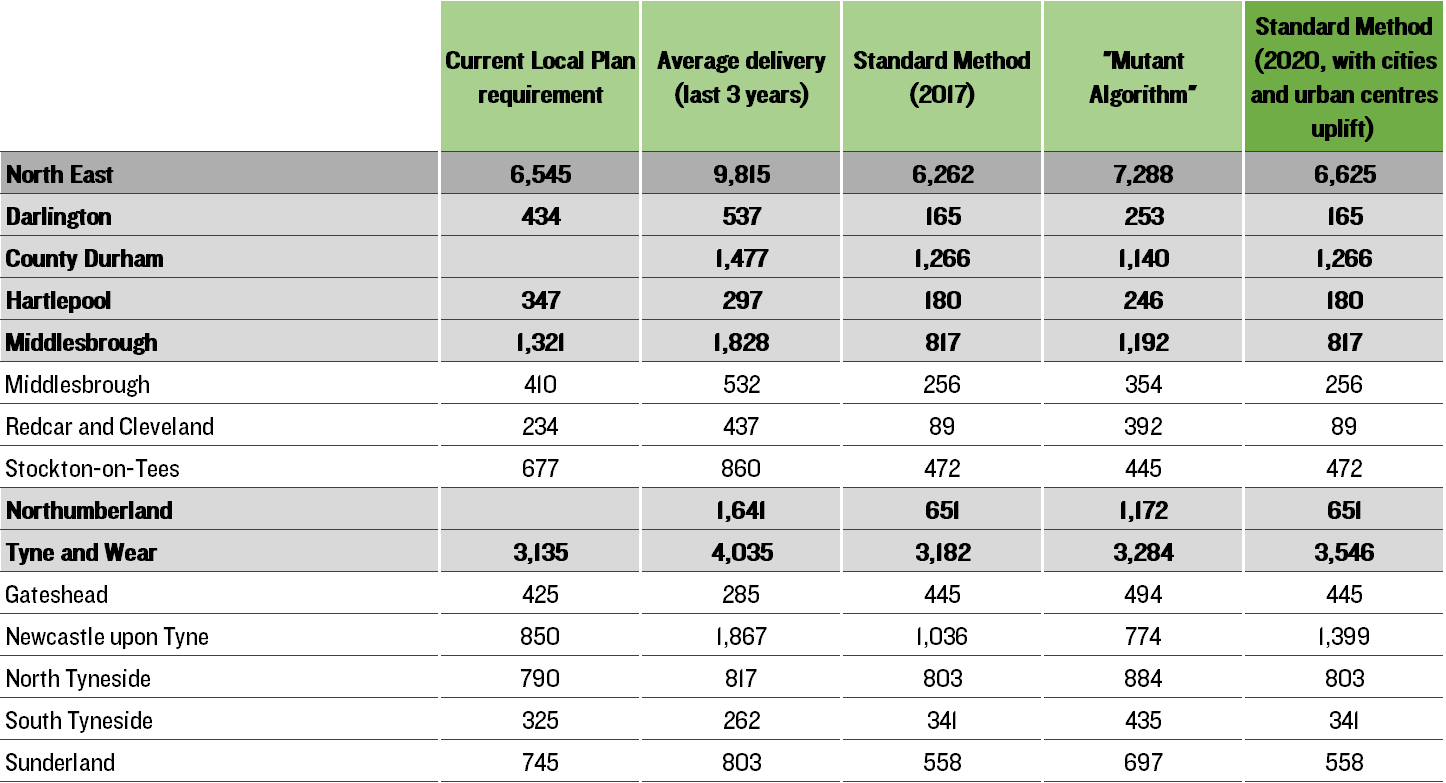 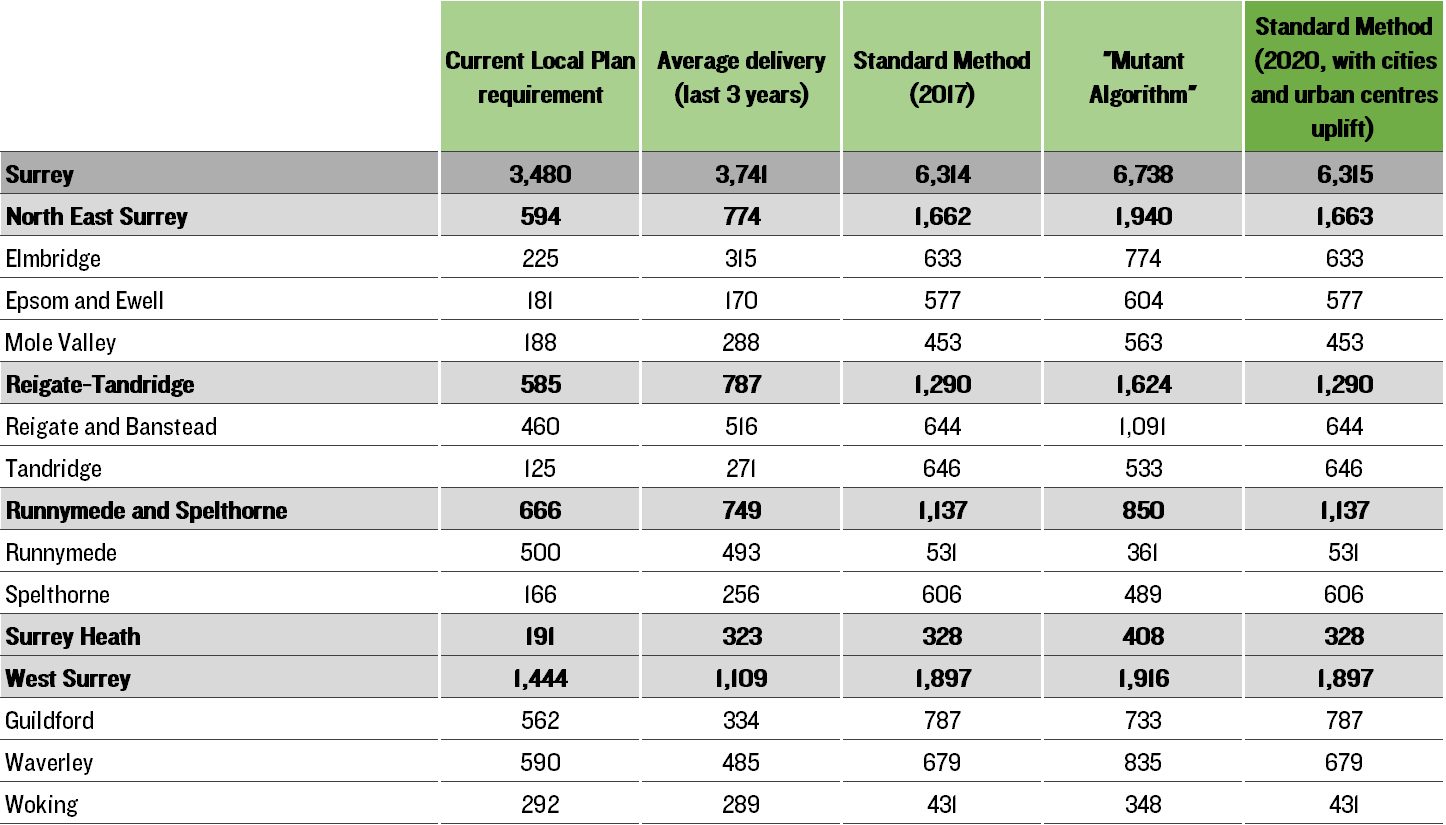 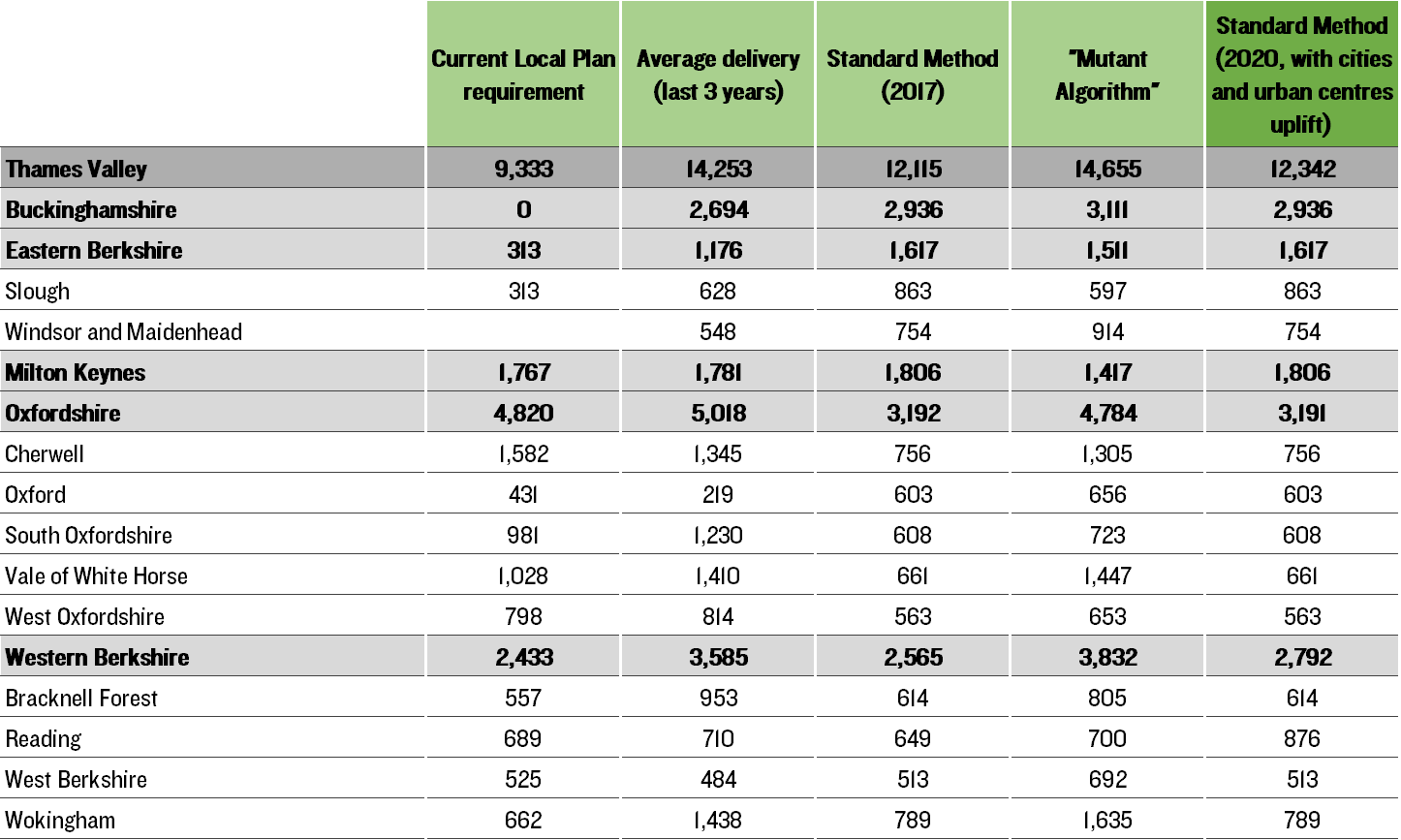 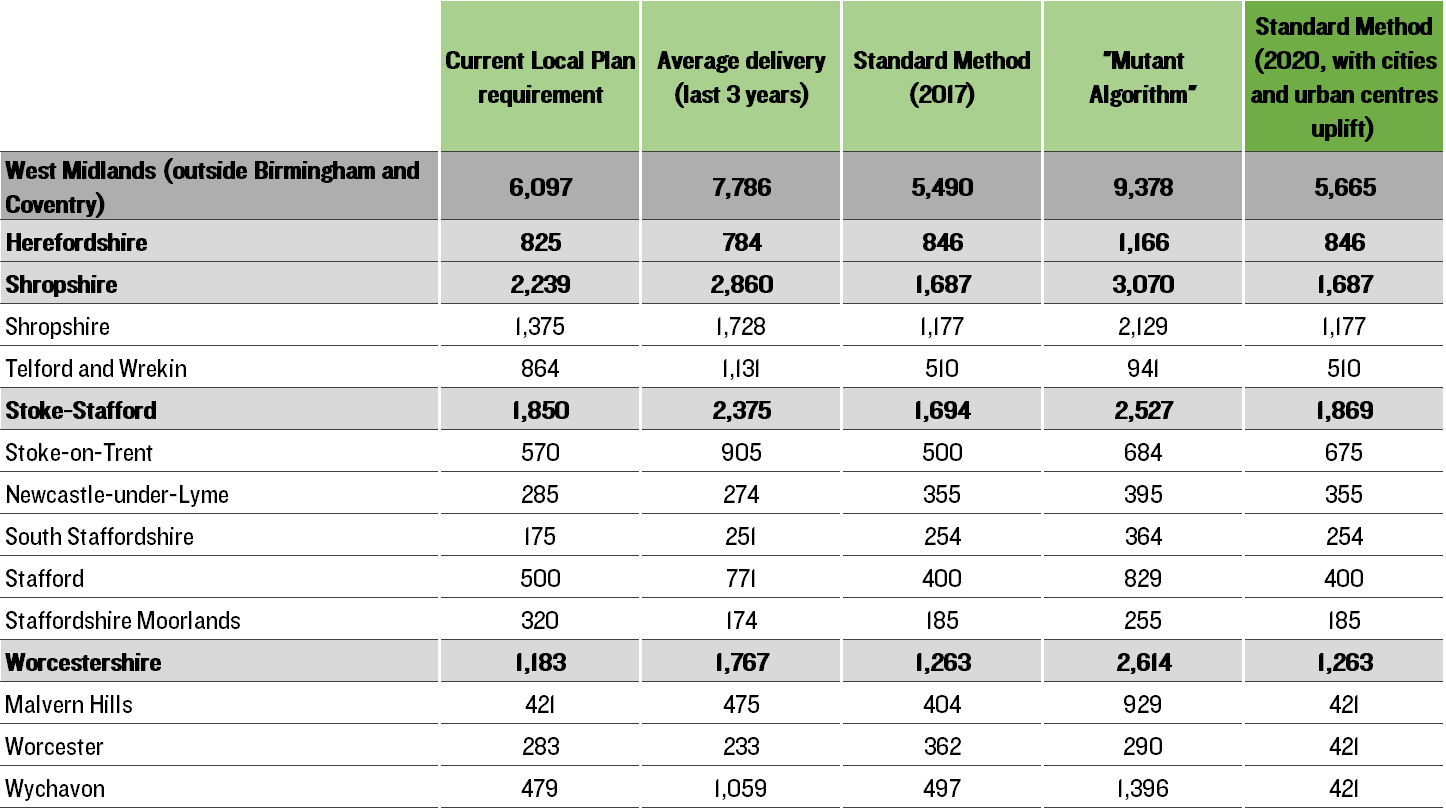 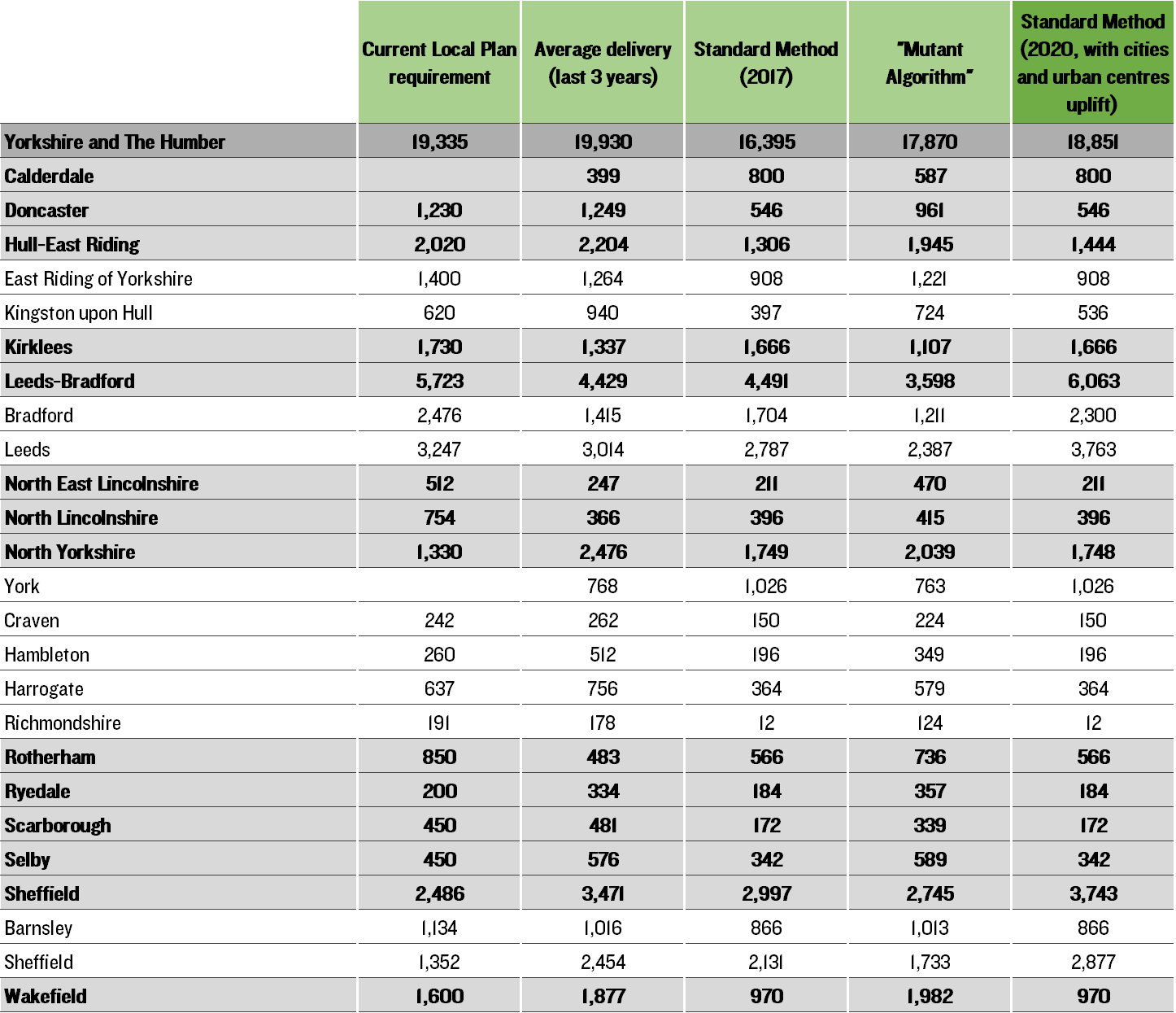