Against a backdrop of uncertainty, the Chancellor has delivered this Government’s first Budget statement. It majors on spending big to ‘level up’ the country.

This year’s Budget was already significant; having been delayed from last November due to the general election, it sets out the Government’s ambitious plans for the post-Brexit economy but in the context of the immediate uncertainty surrounding coronavirus. It was the first opportunity for this Government to set out its direction of travel for public spending and its ambitions to ‘level up’ different parts of the country. The Budget was framed unashamedly about ‘getting things done’ (mentioned some 19 times in the speech). 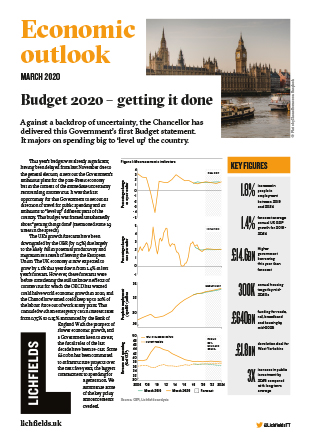