James Fennell 27 Apr 2018
It’s almost unheard of to be presented with the opportunity to write about the achievements of a member of staff who has almost 50 years’ service in the same company. It’s an absolute privilege when that person is a living legend of the profession and one of the original founders and shapers of planning consultancy as it exists today.
Geoff Smith is our longest serving member of staff by some distance, serving over the years as an assistant, partner, director, managing director, and chairman; and now as one of our three non-executive directors guiding the future direction of the business. His contribution to Lichfields and the profession has been absolutely massive. Put most simply it has led to the building of many thousands of new homes, shops, offices and other uses to help meet the needs of a population in the UK that has grown by 11 million people over his time in practice.
Geoff started his career at Lichfields, or Nathaniel Lichfield and Associates as it was back in the day, in 1969 in a two room office in Portland Place. Aged 23 he worked alongside three other assistants; they were none other than Michael Edwards, the late Honor Chapman and Mike Whitbread, all under the direction of our founder Nat Lichfield. What a planning team that was! 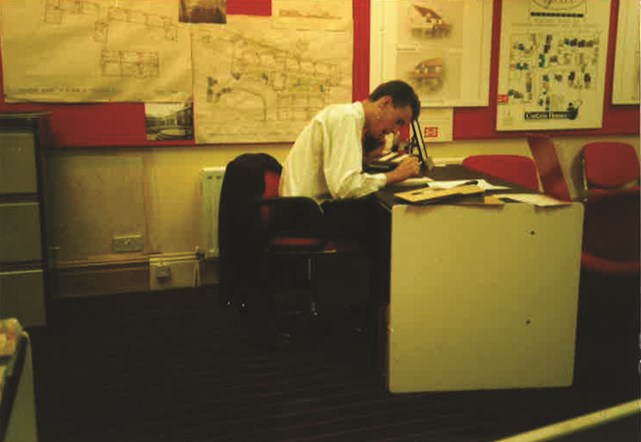 Geoff’s first two jobs couldn’t have been a better indicator of the general type of work that was to follow over many years for him, the business and indeed for much of the planning consultancy profession that was beginning to emerge beyond a handful of practices. He advised on Brent Cross shopping centre, the UK’s first ever out-of-town shopping centre; and alongside that worked for Milton Keynes Development Corporation on their masterplan, the new towns being a long running source of work for us as they were a major focus of housebuilding at the time. 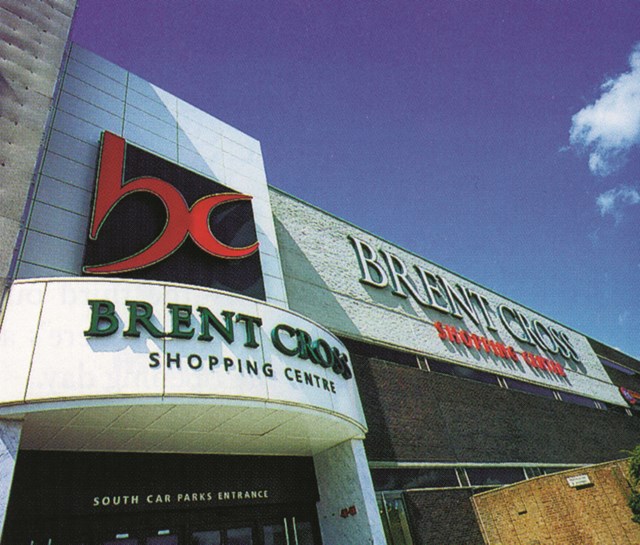 Back in the 1970s planning consultancy essentially combined two main offers - masterplanning and land use economics consultancy. Geoff and the firm almost single-handedly invented the application of surveying and economic techniques to land use planning analysis; and from this, retail impact and housing need studies mushroomed alongside cost-benefit analysis which was very much in vogue at that time. Planning applications were simple affairs and almost solely within the architects’ domain. Planning consultancies were almost exclusively London based but covered the whole of the UK.
The economic problems of the late 1970s meant the survival of the firm relied increasingly on working abroad. Geoff led major projects including a shopping strategy for Randstadt in Holland, a redevelopment plan for modernising the centre of Tehran and planning for a new state capital city in Abeokuta, Nigeria. 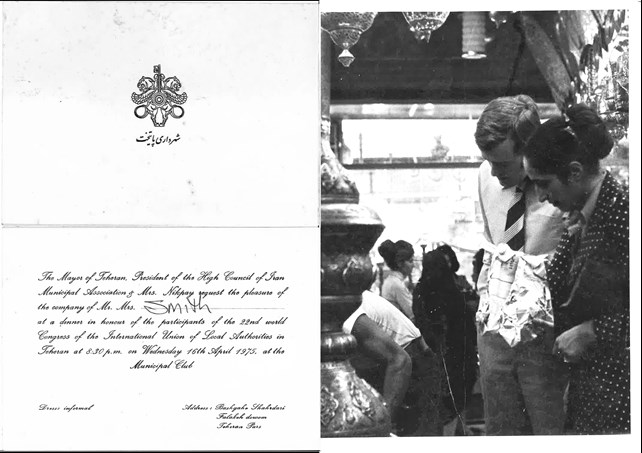 Invitation to dinner from the Mayor of Tehran, and Geoff at a subsequent visit to a local market in 1975

Things changed considerably in the 1980s. The laissez-faire approach to planning led to a proliferation of planning inquiries and Geoff really came into his element. Having been given his first opportunity to give evidence at the ripe old age of 27 (when Nat Lichfield was trapped in Israel due to the outbreak of the Yom Kippur War and unable to appear himself) Geoff became one of the UK’s top expert witnesses as this tide of inquiries began. After several hundred inquiries later - and having been called by the likes of the late Roy Vandermeer OBE, the late Lionel Read and Michael Fitzgerald OBE amongst many other pre-eminent barristers along the way - it wasn’t until 2003 that Geoff finally hung up his inquiry boots. Funnily enough the last one was for the extension of the Westgate Centre in Oxford, a subsequent incarnation of which has just opened its doors for trading. These inquiries led to thousands of new homes, hundreds of supermarkets and retail warehouses, dozens of shopping centres and hotels, two theme parks and two major new airports!
Geoff’s commercial awareness and his surveying (on top of his planning) background stood him and the business in good stead as the workload expanded to include development management and the furnishing of planning applications for private sector clients with EIAs and all the technical work that was never previously required. Long gone are those far less complicated days of the ‘red line outline planning application’ when the submission amounted to little more than just a red line plan! The likes of M&S, Madame Tussauds (now part of Merlin Entertainments), Capital Shopping Centres (now intu), pension funds and developers emerged as the backbone of our client base.
Alongside a growth in development management and plan-making type work, planning consultancy started to regionalise, this being cemented some time later by the localism agenda. Geoff was instrumental in the opening of our Newcastle office 25 years ago on the back of the emerging proposals at that time for Newcastle Great Park, an extension to the urban area on the north-western outskirts of the City; and then Cardiff as the business moved towards the eight office offer we have now.
With Geoff having set the company firmly on its current course he continued his fifty year journey by becoming chairman and now serves us as a non-executive director, applying his strategic mind in a different but equally important way. Geoff led the successful expansion of the company through the 1980s and 1990s and various changes in structure to help create the opportunities for many others who have followed in his footsteps. From that small office of six staff in Portland Place the company has now grown to its current complement of over 215 staff in eight offices across the UK – the numbers speak for themselves! And what has brought this tribute on? I was passing the time after a meeting today with a client and in passing he mentioned two of his projects at Brent Cross and Milton Keynes. I immediately thought of Geoff, the importance of those projects to him and the history of our company and remembered that I had a story to tell.