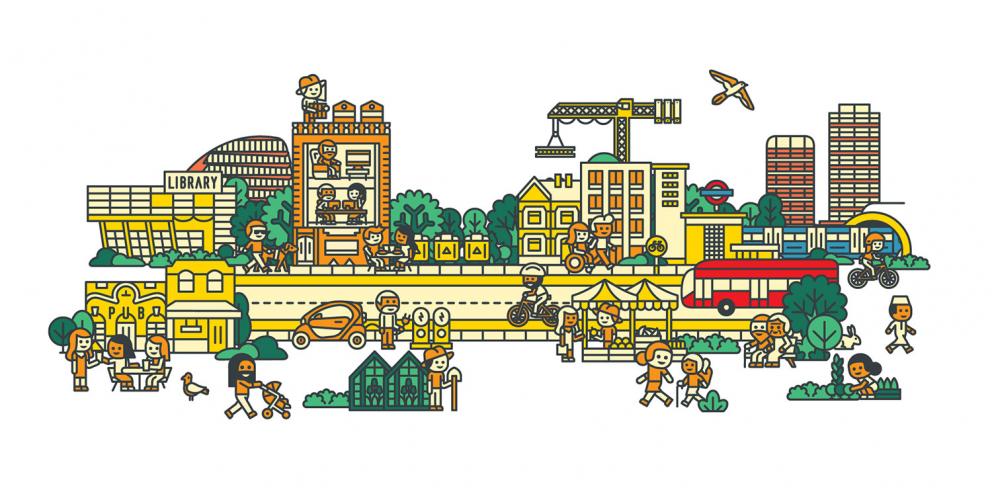 Guidance, Guidance and More Guidance: A bibliography of the new London Plan Guidance

Adam Donovan 20 Dec 2022
As we reported in this blog earlier in the year, the GLA has recently published a raft of London Plan Guidance (LPG) documents. These LPGs were published to provide guidance to the application of the London Plan policies. At the start of the year, eight LPGs were out for consultation and nine others were expected to come down the line during 2022. Lichfields provided a Bibliography of the new London Plan Guidance at the time (the original can be viewed below). We also undertook a detailed look at the suite of Design and Characterisation documents published in February in our blog 'A test of Character'. As the year now comes to an end, we have again reviewed the status of the newly adopted and emerging LPGs, keeping you abreast of the documents that will be in play in the new year and key dates for your 2023 diaries: 2023 will see at least eight new LPGs adopted. Many are anticipated early in the new year, with several others to follow. All of these documents and the guidance within them will need to be considered and addressed in emerging developments and assessed within planning applications. It is important to ensure that these guidance documents are considered early in the design development process and they are evidenced and addressed in pre-application discussions and applications. As our previous blog noted, there is considerable new guidance to take on board on top of the already-lengthy London Plan. Lichfields continues to monitor the progress of these documents, ensuring we are able to advise on and respond effectively to the new requirements for all of our London projects. Keep an eye on our future blogs for further updates…   Adam Donovan 15 Mar 2022   February has seen the GLA publish a further suite of guidance documents in support of the London Plan. You would be forgiven for having a sense of deja vu as in the past 18 months, the GLA has published no less than fifteen London Plan Guidance (LPG) documents for consultation. Nine of these LPGs have been published since the publication of the London Plan in March 2021. For a development plan which was already stretched to 526 pages (including annexes) that is a lot of additional guidance to take on board. And that is not the end, it is understood that there are a further nine LPG documents which will be consulted on during this year. The tables below provide a list of these LPG and their current status. Keeping up with the guidance documents is important for those working in the London development market and bringing forward planning applications. The detail contained within some of the LPGs are changing the requirements for planning applications and expanding the list of documents which applicants need to submit. Circular Economy Statements, fire safety and urban greening factors are issues which Officers are looking at in considerable detail. An applicant’s ability to respond effectively to these requirements is key to the progression of schemes through pre-application discussions, validation and determination.  Some of the LPGs are targeted at developers and applicants whereas others are to support Local Planning Authorities in the preparation of their Local Plans and development management. Inevitably these documents will have an impact on the viability and feasibility of future schemes which will need to be carefully considered. My blog - A test of character: London’s new design guidance - takes a detailed look at the suite of Design and Characterisation Guidance documents which were published in February and out for consultation until 27th March 2022. Following the current consultation, we expect a further nine documents to be published before the end of the year. Looking ahead, we will provide updates on the publication of future guidance and prepare blogs on each of the LPGs to help you navigate your way through the process.   Previous consultations Current Consultations Anticipated Future Consultations Header image credit: Greater London Authority

Levelling Up and Regeneration Bill progress

Paddy Hynes 20 Dec 2022
After its third reading in the Commons, the Levelling Up and Regeneration Bill (LURB) has now been introduced to the House of Lords. Following a rocky couple of months, in which a flurry of backbench rebellions – and a new Prime Minister – brought areas of the Bill into contention, it has come out the other side, 24 sections longer, but with the support of the first chamber. It is now left to the Lords – who are set to debate the LURB on the 17th January 2023 – to agree on it in before it becomes law. The Bill’s second reading (passed in November) contained relatively few amendments, with the headline being an amendment which meant that the Infrastructure Levy could now be allowed to be spent on things other than the delivery of infrastructure. However, against a different political backdrop, amendments in the third reading were greater in both number and importance as a wave of Conservative backbench rebellions left the Department for Levelling Up, Housing and Communities in some difficult negotiations to keep the bill alive. Some standouts include:   Power afforded to the incumbent minister to repeal and revoke a wide range of statutes relating to planning, development, and compulsory purchase legislation.  Powers for LPAs to decline to determine applications in cases where it is shown the developer has a history of non-implementation.  New requirement for developers to provide local planning authorities with progress reports about the actual and projected delivery of new homes for each reporting period (annually until completion), on sites with residential planning permission.  Provisions to allow councils to benefit financially from land allocations through community land auctions, which allow landowners to grant a community land auction option for the land, with a view to the land being allocated in the local plan. The LPA may then either sell the option to a developer, exercise the option and sell the land, or exercise the option and develop the land themselves. In any case, the council can pass on the benefits provided by an uplift in the land’s value to support the local area.  An evolution of the street votes idea, which now gives communities power to grant planning permission through a street vote development order in an area, where the Secretary of State has made provisions to do so. Provisions would also allow SoS to direct a CIL charging authority to review their schedules in respect of CIL arising from a street vote development order.  New powers for LAs to require registration of short-term rental properties, prohibiting the promotion of a property for short-term rental if it is not registered.  Technical amendment to tighten what councils can consider to be granting planning permission for self-build and custom housebuilding, and as such how it is counted towards satisfying the demand, set out in the Self-Build and Custom Housebuilding Act 2015.   New requirement for water companies to upgrade sewage treatment works to unlock permissions in catchment areas affected by nutrient pollution.   Lichfields will continue to monitor the progress of the LURB and to consider its implications - and what they will mean for our clients. As it stands, the Bill appears likely to pass smoothly to Royal Assent in its current form. However, if the past few months have reminded us of anything, it is that even a week is a long time in politics. Levelling Up and Regeneration Bill, HL Bill 84