Meanwhile uses: not just a novelty

Meanwhile uses: not just a novelty

Kelly Phillips 25 Jan 2018
Empty buildings and spaces present opportunities, not only for use in the long-term but also in the short-term. In recent years, a diverse range and multitude of pop-ups and temporary (“meanwhile”) uses of vacant sites and buildings have emerged across UK towns and cities; the trend is especially apparent in London. To this end, the Draft New London Plan (published 29 November 2017) includes a policy which specifically encourages the London Boroughs to identify opportunities for the meanwhile use of sites for housing, ‘to make efficient use of land while it is awaiting longer-term development’.
On behalf of U+I, Lichfields recently secured planning permission for the temporary provision and use of 72 empty shipping containers on a site (the ‘Old Laundry Site’) adjacent to Shepherd’s Bush Market, in West London. The proposals will create affordable co-working space, with ancillary food and beverage pop-ups, and community space. 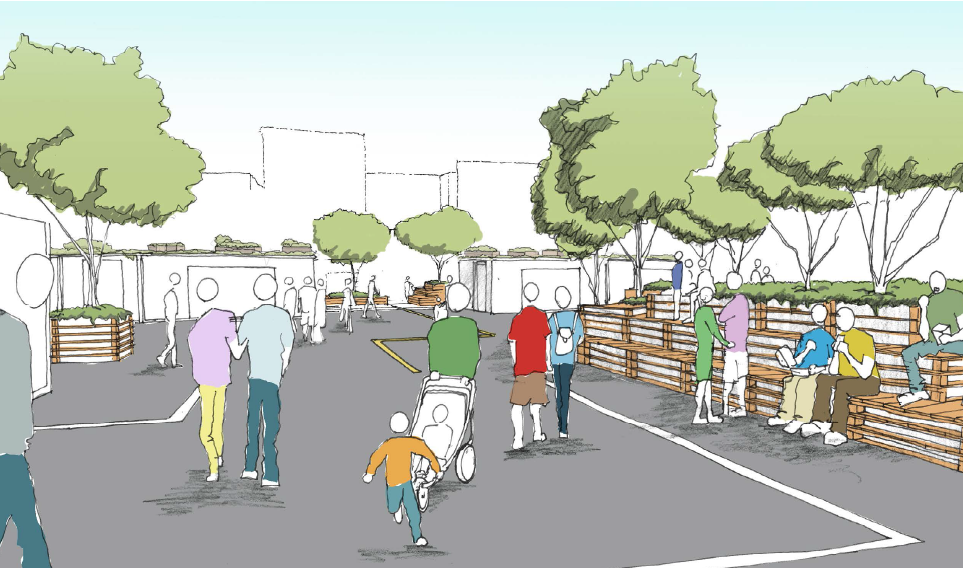 The scheme represents the inherent sustainability benefits of meanwhile uses, by bringing an abandoned, brownfield site back into use sooner rather than later. Also, the proposal characterises the social and economic advantages typically associated with meanwhile uses; new jobs will be created, the containers will provide affordable workspace for start-up businesses, the increased footfall will result in an improved economic outlook for neighbouring existing market traders, and the space will cater for community uses and events.
The proposals draw on the concept created by Boxpark, with sites in Shoreditch and Croydon. Boxpark also uses containers, to allow for flexibility and for growth in response to demand. Boxpark’s developments to date were specifically conceived as a way of delivering meanwhile uses to create short- to medium-term employment opportunities for the local community. Similar to the Old Laundry Site, workspace is affordable and retailers do not have lengthy and complicated leases.
Meanwhile uses can also provide a way of bringing life and activity to an area before permanent development. The temporary use of a site can smooth the transition for local communities, and give them a platform and voice to shape emerging development proposals. The attractiveness of a place for potential future tenants can also be enhanced. For example, the former BBC Television Centre, in White City is subject to comprehensive redevelopment proposals which will eventually result in the creation of a new mixed use, urban quarter. Whilst development has begun on part of the site, elsewhere a multi-storey car park is now being used as a temporary rooftop event space. Named ‘Pergola on the Roof’, the space has views over West London and includes restaurants, bars, music and seating. Who doesn’t love a rooftop bar? Incipio Group, who run the event space, describe their mission as being to “take unloved and unused spaces and turn them into unique, big and beautiful destinations”.

Left to right: Pergola on the Roof and Riverside Woodland Escape

Similarly, Albert Wharf in Fulham, located on the Thames, is due to be redeveloped for a residential-led mixed-use scheme in 2018. In the meantime, the space was transformed to a ‘beach venue’ with sand, palm trees and beach huts last summer. For the winter, a ‘riverside woodland escape’ was created, comprising lodges, igloos, curling and mini golf.
These spaces and the events held in them are vastly popular, probably as a result of their transient nature; people have a fear of missing out on experiencing a new, but soon-to-disappear venue. There is no time for the novelty to wear off. As a result, I’m sure we will continue to see new pop-ups and meanwhile uses in all manner of different locations, as the diverse social, economic and environmental advantages they offer are increasingly recognised.