Rebecca Hilton 20 Jul 2018
It is no secret that the redevelopment of brownfield sites is generally beset with more abnormal costs than a typical greenfield site. This is often a major hurdle that can delay or even stymie the redevelopment of brownfield sites. It is the viability issues that stalls or prevents development, or makes such sites less attractive to the market. This is where Vacant Building Credit [VBC] is relevant and why landowners and prospective developers should think twice before demolishing existing buildings.
The recent consultations on the revised National Planning Policy Framework [NPPF] and Planning Practice Guidance [PPG] both show a clear drive and emphasis on a ‘brownfield first’ approach to new development. They set out proposed changes to how viability is considered in planning therefore VBC is a particularly topical element of the current PPG.
VBC is a national Government, PPG-derived financial incentive for the development of brownfield sites with vacant buildings. VBC does not exist in Wales or Scotland. The credit is used to offset existing floorspace against proposed, so as to reduce/ remove locally-set contributions towards affordable housing that would arise via planning obligations. Of course, the PPG is only guidance and therefore can be applied to local circumstances as a material consideration - or not, by individual councils.
VBC has the potential to help prospective developers with issues of viability, depending on a council’s own plan policies and their stance on the guidance. This blog explains what VBC is, when it does and doesn’t apply, and how it may benefit project viability.

VBC was introduced by a written ministerial statement of 28 November 2014 as an incentive ‘… to tackle the disproportionate burden of developer contributions on small-scale developers, custom and self-builders[1]’. So why are the details of VBC not widely known? It may be because its introduction was challenged in the High Court[2] and the VBC guidance was subsequently – but only temporarily -withdrawn. The Government appealed the decision and it was reinstated in the PPG in May 2016. It is now proposed to be referenced in the new NPPF (currently at draft paragraph 64) which would add to its weight.

Policy and guidance on VBC is found in both the original written ministerial statement and the PPG paragraphs on planning obligations [21 to 23]. Paragraph 64 of the draft NPPF includes reference to vacant buildings offsetting affordable housing contributions, although it is not explicitly described as VBC. Local Plan policies relating to VBC are very thin on the ground; one of the few examples is in the Draft London Plan, which includes Policy H9 (Vacant Building Credit).

According to the PPG, VBC is applicable in cases where either a vacant building is brought back into lawful use, or it is demolished and replaced by a new building. In either case, the gross floorspace of the relevant vacant building(s) can be used as a ‘credit’ when the LPA calculates any affordable housing contribution. Vacant floorspace can potentially offset the affordable housing requirements for any given site by a proportion relating to the quantum of existing floorspace compared to that proposed.
VBC will not normally apply if the building has been made vacant for the sole purpose of the re-development (and claiming VBC), nor if the building is covered by an extant or recently expired planning permission for the same, or substantially the same development.
Policy H9 of the draft London Plan holds the policy position that VBC is ‘in most circumstances’ not appropriate in London and unlikely to bring forward additional development. The draft policy includes criteria where exceptions might arise and VBC could be applied. For a building to be considered vacant, it has to have been vacant for a continuous period of at least five years before an application is submitted. The applicant is also required to provide evidence that the site has been actively marketed for at least two of those five years at realistic prices. In short, the draft London Plan is written to discourage the application of VBC; it is implicit in draft Policy H9 that viability is not seen as a constraint to housing delivery on brownfield sites. In the rest of England, there are - as yet - no other similarly drafted policies. 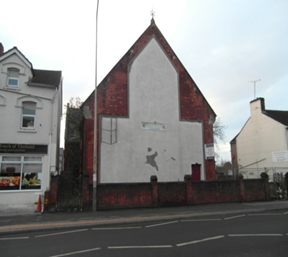 The maths: How VBC can boost viability of brownfield development

The basic calculation can be summarised with the following simple formula:

The PPG includes an example at Paragraph: 022 Reference ID: 23b-022-20160519. And here is a worked example here for clarity, based on the following assumptions:

From the above calculation it can be deduced that if the floorspace to be demolished is greater than the proposed floorspace, the affordable housing contribution would be zero.
There are many other ways in which vacant buildings can effect the planning strategy. Developers and land owners would need to consider the financial burden of rates that may persist by keeping a vacant building in situ. Benefits of keeping vacant buildings on site can relate to consideration of visual impact. The mass or scale of an existing building can be a helpful material consideration in comparing the same of the proposed development. For example where large industrial buildings are being replaced by residential development often the latter has a lesser visual impact . Existing buildings on site also provide a fall back position in terms of traffic generation. This can help with making the case for acceptable highways impact of new development.

VBC means there can be value in keeping vacant buildings standing, until a planning application for redevelopment has been determined; this element of a site’s wider planning strategy may improve scheme viability, by reducing or removing any requirement for affordable housing.