Madeleine Rigby 13 Nov 2018
Redeveloping one of the UK’s most renowned hospital sites was always going to be challenging, especially when the entirety of the historic core, including subsequent monstrosities from the 1960s, are all Grade I listed. But this was the task which faced Lichfields when Leeds Teaching Hospitals NHS Trust asked us to advise on the redevelopment scheme for Leeds General Infirmary.
Leeds General Infirmary was first listed at Grade I on 8 October 1970 - and rightly so. The original hospital was constructed on Great George Street in 1864-8 to designs by the prolific and celebrated architect George Gilbert Scott and was one of the earliest large-scale ‘pavilion plan’ hospitals in the UK. Modelled on the Lariboisière Hospital in Paris, Florence Nightingale, amongst others, is cited as having contributed to its design. 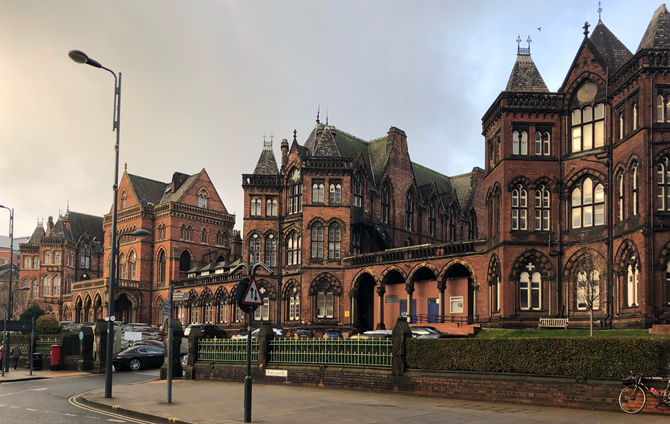 A common issue with buildings that were listed a long time ago, such as the Infirmary, is that what exactly is and is not listed can be difficult to determine. Early list entries are not accompanied by a map showing the boundary of the listed building and often the descriptions are very brief. Legally there are further complications to add to the mix. According to the relevant legislation all buildings and structures that are attached to the listed building or any detached buildings within the curtilage (a complex idea which has generated many legal bills) that pre-date 1948 are covered by the listing.

What this meant for Leeds General Infirmary was that, regardless of its architectural or historic interest, every building or extension within the historic core could be seen and treated as though it were Grade I listed. This is a designation which is wildly inappropriate for the majority of the site and would severely stifle any opportunities for demolition or alteration. Just think of all the listed building consent applications we would need to produce!

But why shouldn’t all of it be listed? - As with most hospital buildings, the Infirmary has been extended and altered incrementally over the 19th, 20th and 21st centuries to meet the growing and changing demands of the city. Scott’s original hospital features a palatial Gothic Revival style exterior and innovative form which reflected the latest medical theory and practice at that time: its five long ward wings connected via a central core allowed for cross ventilation and inhibited the airborne spread of infectious diseases. George Corson facilitated the hospital’s first phase of expansion, adding a sixth pavilion wing, grand Outpatients’ Hall and mortuary (1892) which closely imitated Scott’s ornate Gothic Revival style. Later additions saw the introduction of the King Edward VII Memorial Building (1918), the Brotherton Wing (1940) and Wellcome and Martin Wings (1961), as well as various Nurses’ Homes, to name a few. In recent years the historic core has seen even more subdivision and infill and what we see today is an agglomeration of buildings and extensions that are unattractive and conceal many parts of Scott’s and Corson’s early designs.

In order to address this issue, Lichfields advised the Leeds Teaching Hospitals NHS Trust to apply for a Listing Enhancement through Historic England’s Enhanced Advisory Service. This was recently introduced following the 2013 amendment to Section 1(5) of the Planning (Listed Buildings and Conservation Areas) Act 1990 which has allowed new list entries to determine the full extent of protection through listing (removing the issue of curtilage and attachment) and to identify on a statutory basis, features of a listed building which do not contribute to its special interest.

Following this advice, we put together the application which included our own Heritage Assessment of the Leeds General Infirmary site, identifying how it has changed and developed over time, the significance of its various constitutive parts and how they contribute to the significance of the complex as a whole. Our submission included a detailed phasing plan and a plan illustrating what we believed should be the extent of the Grade I designation, as well as areas that we considered should be designated at lower grades: and it’s fair to say we gave it a serious nip and tuck! – focussing the designation around the most notable 19th century elements of the Infirmary and excluding all of the remaining buildings within the historic core. 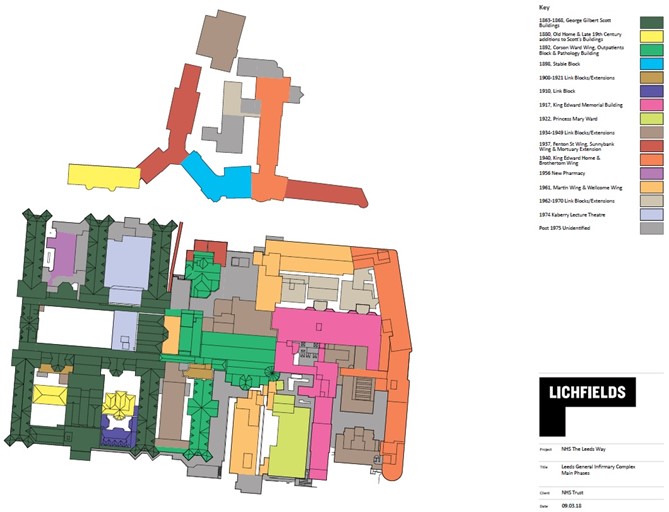 The outcome was enormously successful. Historic England endorsed our assessment and the list entry has been updated accordingly. The Grade I designation now focuses solely on George Gilbert Scott’s original Infirmary and George Corson’s additional pavilion wing. Corson's Outpatients' Department is listed under a separate designation at Grade II and the remainder of the site is unlisted. This has given the Trust the much-needed clarification that they were hoping for, smoothing the path to redevelopment of the hospital and its historic core. With these revised listings, discussions regarding heritage impact can be far more focused and there is now a much clearer opportunity for exploring redevelopment approaches which are both flexible and sensitive to the historic buildings.

The video below shows the current redevelopment scheme brought to life. This illustrates the level of transformation that Leeds Teaching Hospitals NHS can hope to achieve and, more broadly, the positive outcome of engaging with heritage professionals as early in the design process as possible. Lichfields is delighted to be part of this exciting and important scheme, one that will help to achieve a transformation of patient healthcare within Leeds, as well as regenerating such an important historic site in the city centre.

More information on future redevelopment at Leeds General Infirmary can be found on the Trust’s website. 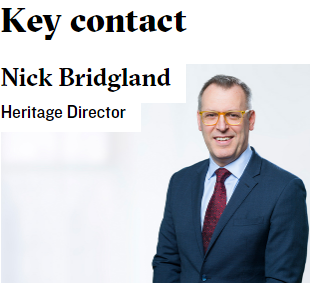