Power to the (West Yorkshire) People!

Power to the (West Yorkshire) People!

Tabitha Howson & Adam Jackson 03 Apr 2020
After more than five years of debate, on the 13th March 2020 the proposed terms of…a £1.8bn devolution deal between the government and the local authorities of West Yorkshire[1] and the West Yorkshire Combined Authority were published.
In line with devolution agreements for Greater Manchester, Liverpool, Sheffield Teesside and the West Midlands, the deal will devolve a range of powers and responsibilities to the West Yorkshire Combined Authority, including new powers on housing and planning along with a new, directly elected West Yorkshire Mayor.
This blog provides a summary of some of the key points in the Devolution Deal as well as lessons that can be taken from similar deals in neighbouring Mayoral Authority Areas.

The Powers and Funding

The planning and housing powers to be transferred to the West Yorkshire Combined Authority are in keeping with the powers for other established combined authorities, and include:
A significant funding package for specific projects has also been announced as part of the deal which includes: 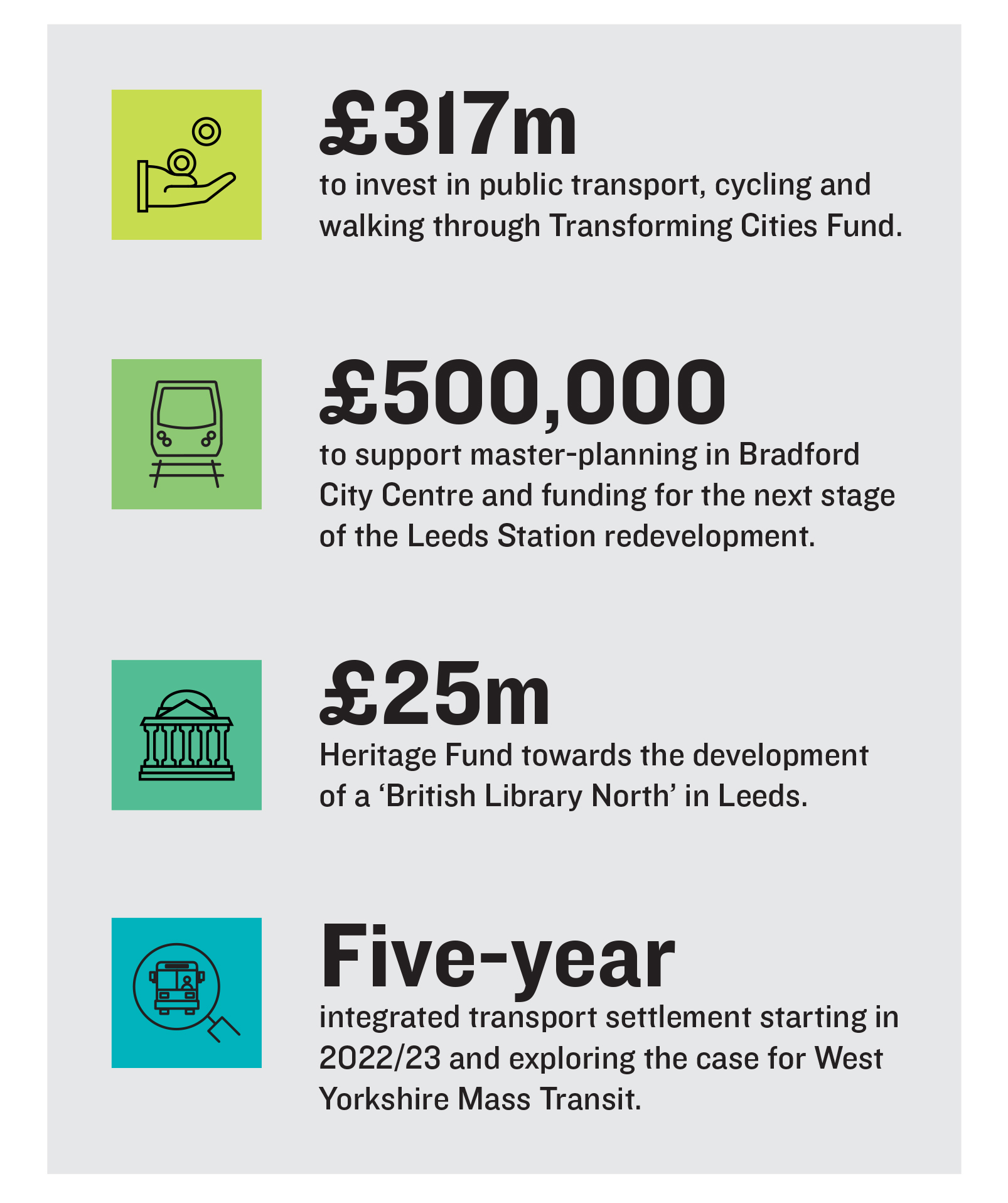 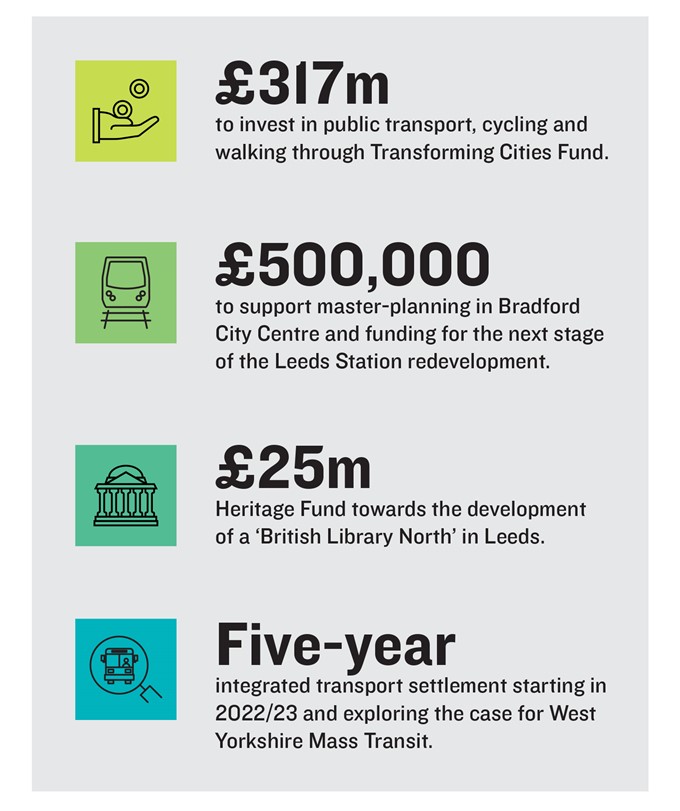 A key part of the deal is the £25m Heritage Fund in recognition of West Yorkshire’s ambition for the conservation and re-use of heritage buildings. The fund will be provided by the Government to support the work of Leeds City Council with the British Library in establishing a potential ‘British Library North’. If successful, the move would also come as part of a wider plan to mark Leeds' year of cultural celebration in 2023. Leeds is already home to the British Library Depository, Archive and Reading Room at Boston Spa.
The preferred location for the move has been identified as Temple Works in Temple. The Grade I listed building lies at the heart of proposals for the South Bank Leeds regeneration area. The building is controlled by CEG, and Lichfields has been working with CEG for a number of years on wider regeneration proposals at South Bank, including securing consent for a £350 million mixed-use development at Globe Road.
Leeds City Council is now working with British Library and CEG to explore the future potential of the building and develop plans for the new library.

The aim for the Innovation District, located in Leeds City Centre, is to create a world-class hub for research, innovation and entrepreneurialism in priority sectors that delivers transformational economic growth for the City Region.
The District is home to a number of world class teaching, medical and research institutions, including Leeds Teaching Hospital Trust, University of Leeds, Leeds Beckett University and Leeds Arts University. A notable inclusion is the Leeds General Infirmary and the recently approved £450 million ‘state of the art’ adults’ hospital and children’s hospital for which Lichfields helped secure planning permission last year.
The devolution deal outlines that the West Yorkshire Combined Authority and Government will establish a West Yorkshire Innovation network through the Connecting Innovation programme. This network will provide a dual-hub for the community of entrepreneurs, start-ups and SMEs within West Yorkshire.
The hub will initially be secured through the presence of the NEXUS Innovation Centre at the University of Leeds and the Buckley Innovation Centre at the University of Huddersfield with further regional opportunities to be explored in the future. This network will bring together business support services from the Leeds Growth Hub, local Universities and Innovate UK.

The devolution deal for West Yorkshire will see the combined authority join its northern neighbours, which have already agreed devolution deals and which have elected Metro Mayors (Greater Manchester, Liverpool City Region, Tees Valley, Sheffield City Region and North of Tyne). Indeed, 7 of the 10 mayoral combined authorities (including West Yorkshire) in England are located in the north in a clear signal of the governments intent to shift control of investment funds and development powers to the ‘Northern Powerhouse’.
Lichfields’ has a breadth of experience of working in these regions and has performed a key role in responding to the development of emerging Spatial Frameworks on behalf of clients. Through this experience we have identified a number of key issues which will need to be properly considered in the West Yorkshire Spatial Framework:

The recently announced devolution deal will see a number of significant powers and funding transferred to West Yorkshire. The powers secured will give the combined authority greater flexibility to take decisions when addressing local concerns and needs.
Lessons can be learned from deals in neighbouring authorities as well as the range of issues that would need to be considered in the West Yorkshire Spatial Framework. Careful thought is needed to ensure that there is a consistent evidence base when formulating the framework and ensuring that a flexible approach is taken when assessing the varying needs and characteristics across the region.
However, without a doubt, the Devolution Deal presents a great opportunity for West Yorkshire to build on its strengths and unlock the area’s latent potential for well-planned economically sustainable growth.