Residential knock down/re-build and upward extensions…and the need to take account of aerodromes?

Residential knock down/re-build and upward extensions…and the need to take account of aerodromes?

Tabitha Knowles 11 Aug 2020
During the month of August, a number of new permitted development rights (PDRs) will come into force, allowing the knock-down and rebuild as well as upward extension of certain existing buildings to create new dwellings. These new regulations are applicable within England. My colleagues Jennie Baker and Hannah Whitney have provided an overview of these changes. You can view their blogs here and here.
The purpose of these new PDRs?  To potentially unlock and fast-track sites for growth. Some have gone as far as to say it will sweep away planning restriction and cut red tape.
Like with most PDRs, there are limits to the rights – set out within the Town and Country Planning (General Permitted Development) (England) Order 2015 (GPDO 2015) – prescribing when development is not permitted under the PDR.
The limitations specific to these new PDRs seem straight forward at first and what you might expect…listed buildings, SSSIs, scheduled monument are all a no-go, for example. At the bottom of the list? Land within 3 kilometres of the perimeter of an aerodrome.
On the surface, including land within close proximity to an aerodrome, as a limit, is perhaps not surprising. It makes sense. It’s all about aerodrome safeguarding and the need to protect both the airspace over and around an aerodrome from the effect of possible adverse development that may affect safe operation – and this is done by controlling the use of land.
However, dig a little deeper and questions arise of what this could all mean in practice.

A 3km ‘no-go’ zone might at first seem excessive. But in aerodrome safeguarding terms, it’s only one of the first layers of the onion. Aerodrome safeguarding seeks to safeguard land that can extend up to 15km out from the aerodrome (or up to 30km if the proposed development is a wind turbine). For those unlicensed aerodromes, this area may be reduced down to about 8km. There is also a 13km radius, surrounding aerodromes, to take account of potential for bird strike hazard. The 3km zone captures land that the aerodrome would be most sensitive to a change in environment – to name a few, for example: new development penetrating its protected airspace; use of certain materials that may distract a pilot or air traffic control (think large areas of glass façade creating glint and glare); or construction methods (demolition) that could create dust and affect aircraft engines.
Also, of note, in some cases, if the PDRs do apply (that is, if the land in question is outside the 3km zone and is not subject to meeting any other limitations) a process of prior approval will still be required from the local planning authority (LPA). If the land falls within an established aerodrome safeguarding area (that’s the 15km zone mentioned above), the LPA will need to consult with the aerodrome operator and prior approval cannot be granted for development where the aerodrome operator has responded to consultation on the application indicating that that the development should not proceed.

The perimeter of an aerodrome can mean a number of things – it could be its operational/licence boundary, its ownership boundary, or its planning boundary – and it’s not uncommon for these three different boundaries to have different ‘redlines’ and be quite different in overall shape and extent. The GDPO 2015 (and its 2020 amends) does not provide clarity on which perimeter should be applied. To add to this confusion, the up-to 15km aerodrome safeguarding zone as mentioned above is measured in a different way again and commences (broadly speaking) from the perimeter of the runway strip. Confused yet? Identifying what is the applicable perimeter will need to be reviewed on an aerodrome case by case basis, which may require discussion with the relevant LPA and the aerodrome itself.  This introduces a level of uncertainty and is something that should be agreed as a first step.

What exactly is an ‘aerodrome’?

An ‘aerodrome’ is a general term and captures a multitude of aviation infrastructure, including airports, airfields, airstrips, and heliports.
The GDPO 2015 first points to the definition within the Air Navigation Order 2016 (the ANO). This definition is broad. It can mean any land or water (or even rooftop!) used for the landing and departure of aircraft, and this can include aircraft capable of descending or climbing vertically. Under this definition, an aerodrome stops being an aerodrome if it has been abandoned and flight has not resumed.
The GDPO 2015 (under section 2, Interpretation), however, adds to this definition with its own further interpretation – it considers an ‘aerodrome’ to be an ANO defined aerodrome which is:
(a) licensed under the ANO,

(b) a Government aerodrome,

(c) one at which the manufacture, repair or maintenance of aircraft is carried out by a person carrying on business as a manufacturer or repairer of aircraft,

(d) one used by aircraft engaged in the public transport of passengers or cargo or in aerial work, or

(e) one identified to the Civil Aviation Authority before 1st March 1986 for inclusion in the UK Aerodrome Index (that’s old-school aerodrome safeguarding, which use to dabble in the 3km metric before things shifted to the 8, 13, 15, or 30km zones that are used today).
This definition does not exactly narrow things down. Potentially, this definition could capture around 400 sites within England alone, from the mega-hub airports right down to small unlicensed grass strips! That’s a lot of 3km ‘no-go’ zones…
Figure 1 presents a potential extent of aerodrome sites across England. Some may be obvious (there are 82 licenced aerodromes in England) and others less so. Confirming whether an aerodrome falls within this GDPO 2015 definition of ‘aerodrome’ will require a review on a case by case basis 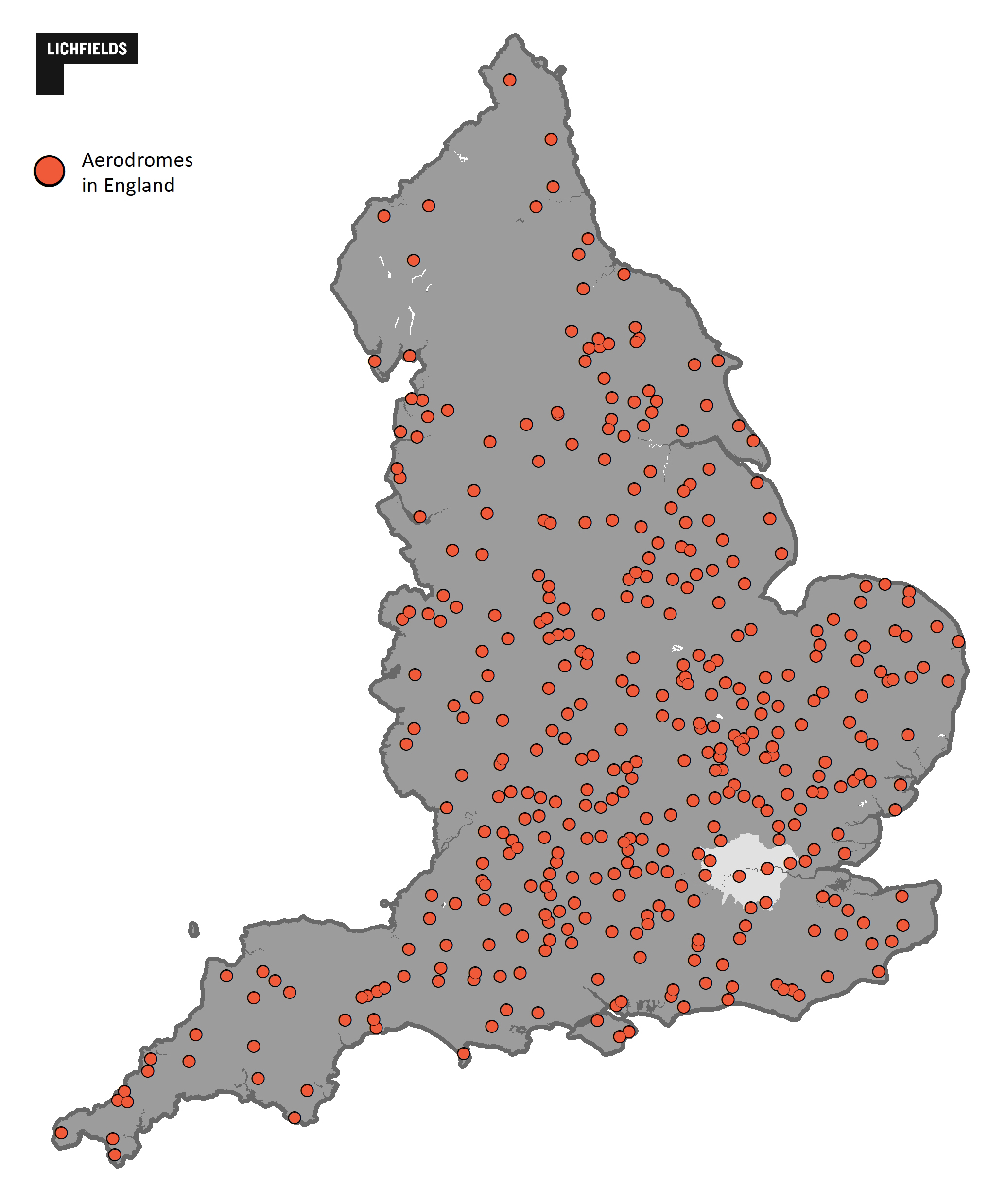 What does this mean for the new PDRs…?

To test this, we’ve looked at what a 3km no-go-zone could look like for land surrounding some of London’s aerodromes: Heathrow, Gatwick, London City and Battersea Heliport. Each image (Figure 2-5) presents a representative 3km zone. 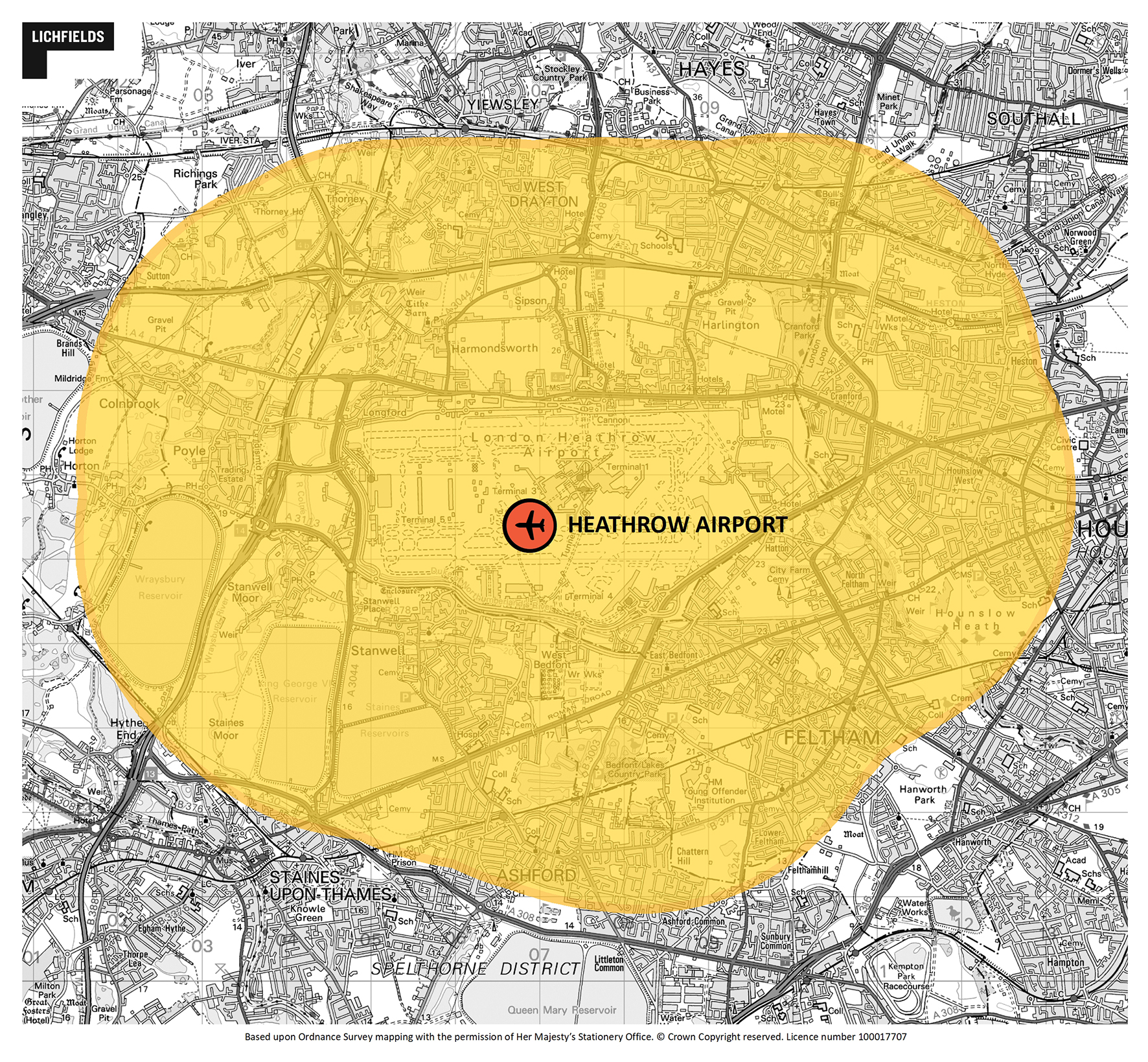 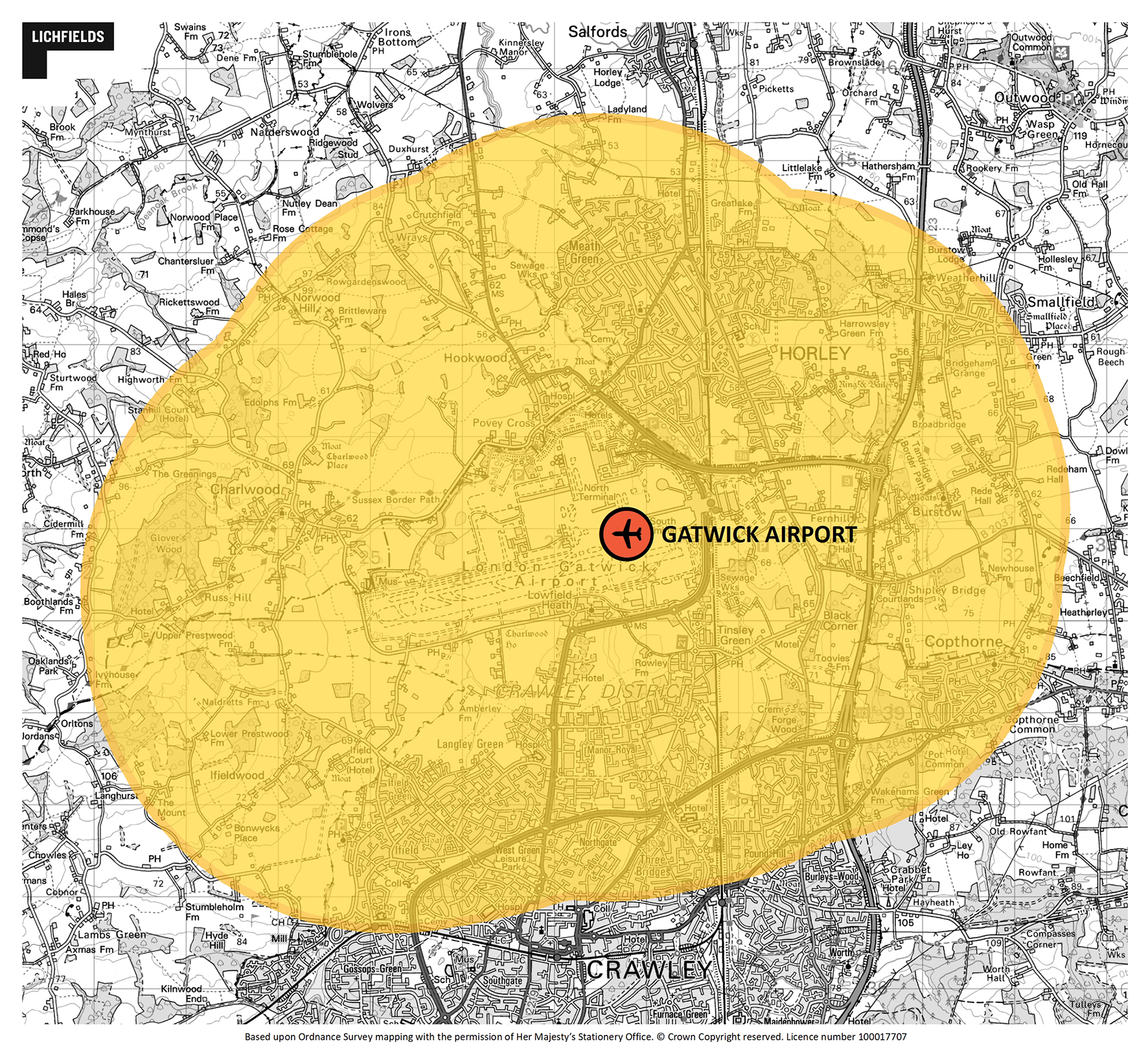 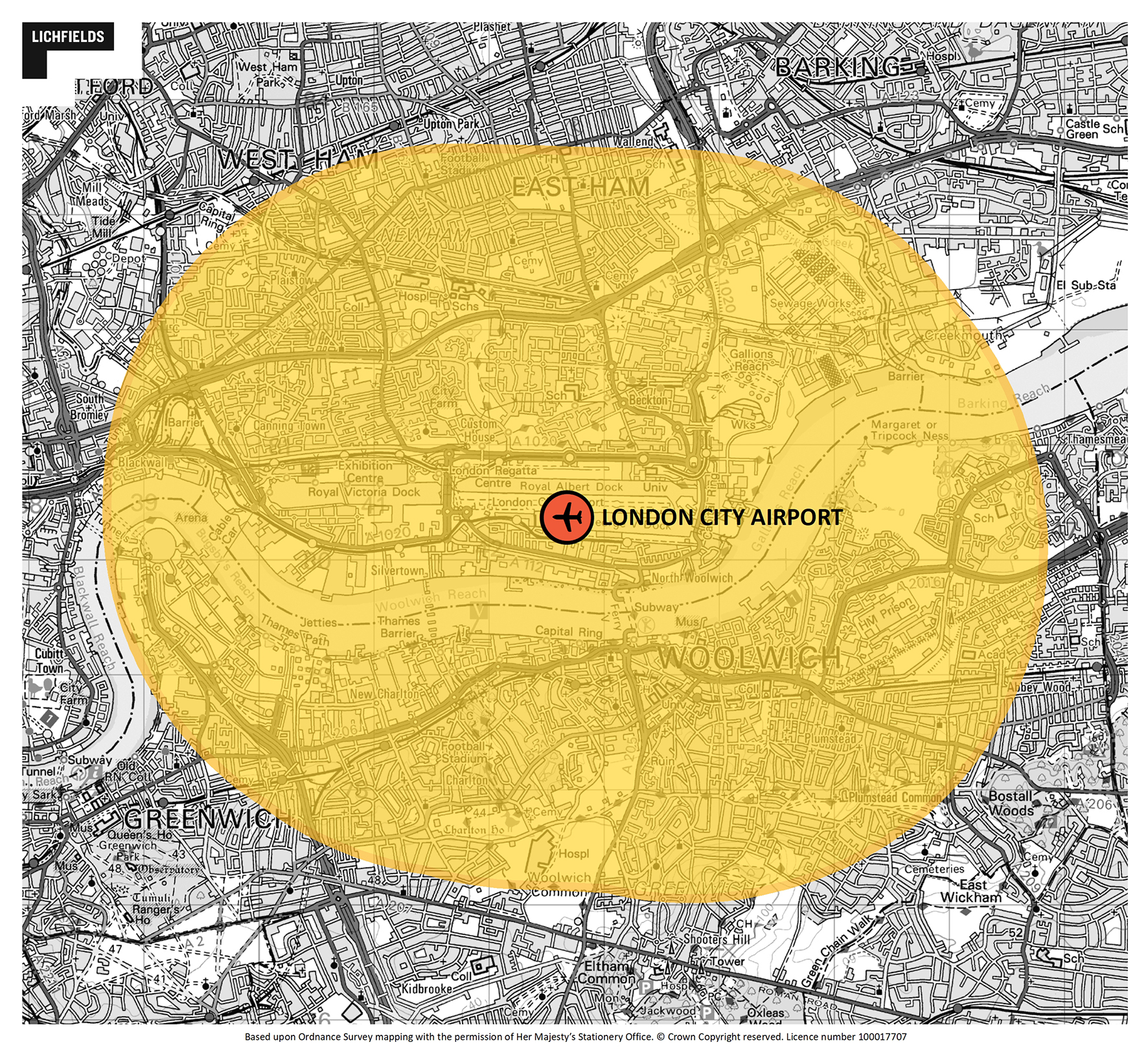 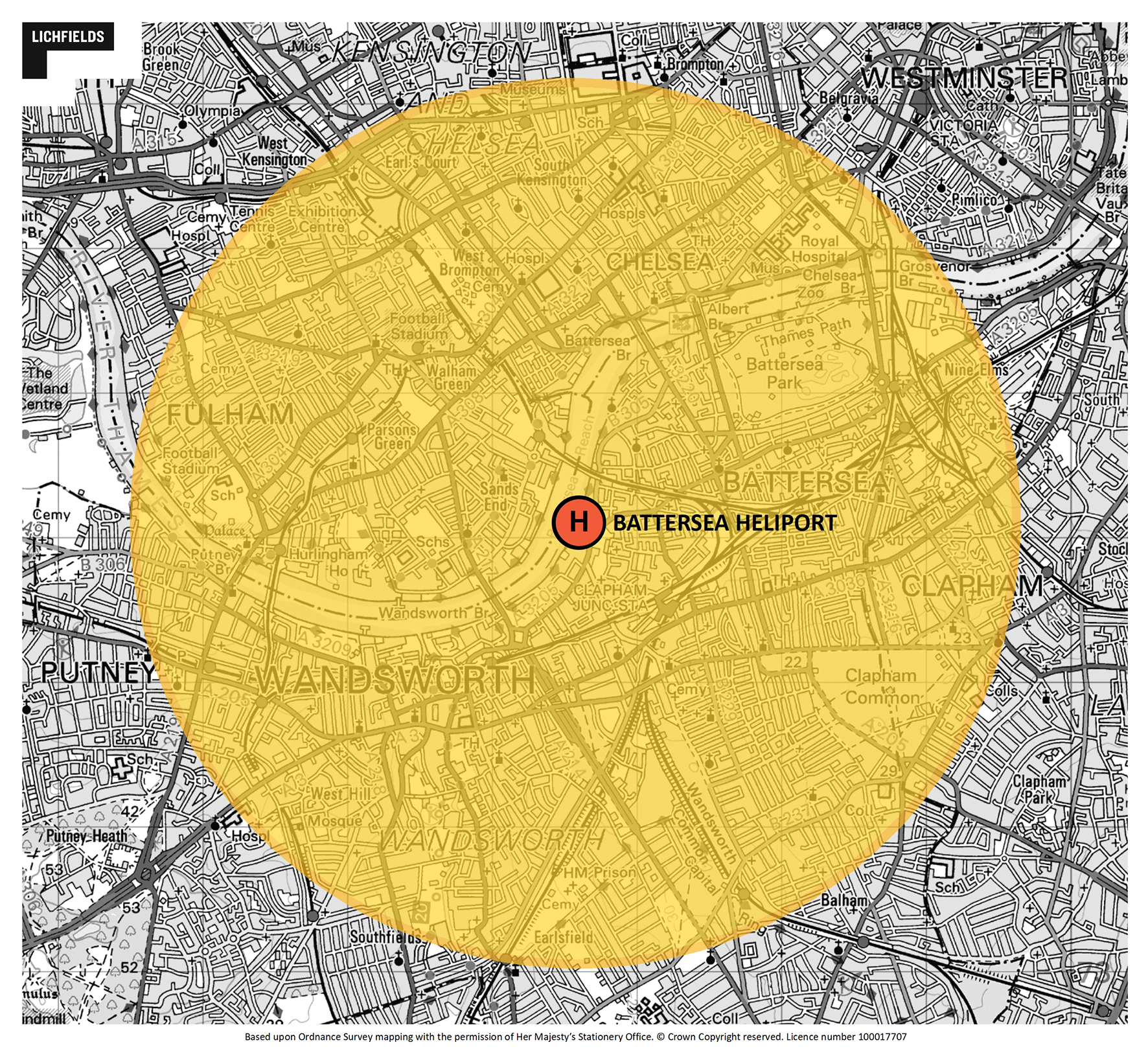 Ultimately, this highlights large areas of land where the new PDRs cannot be applied – reducing the opportunity to unlock and fast-track sites for growth.
Get in touch if you’d like to understand more about the implications of this aerodrome limit on the new PDR instruments – we can help with confirming whether an aerodrome is in fact an ‘aerodrome’ as well as advice on the potential extent of the 3km no-go zone. 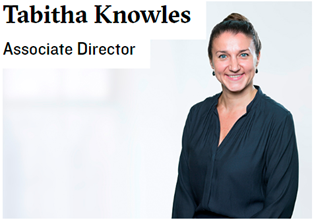