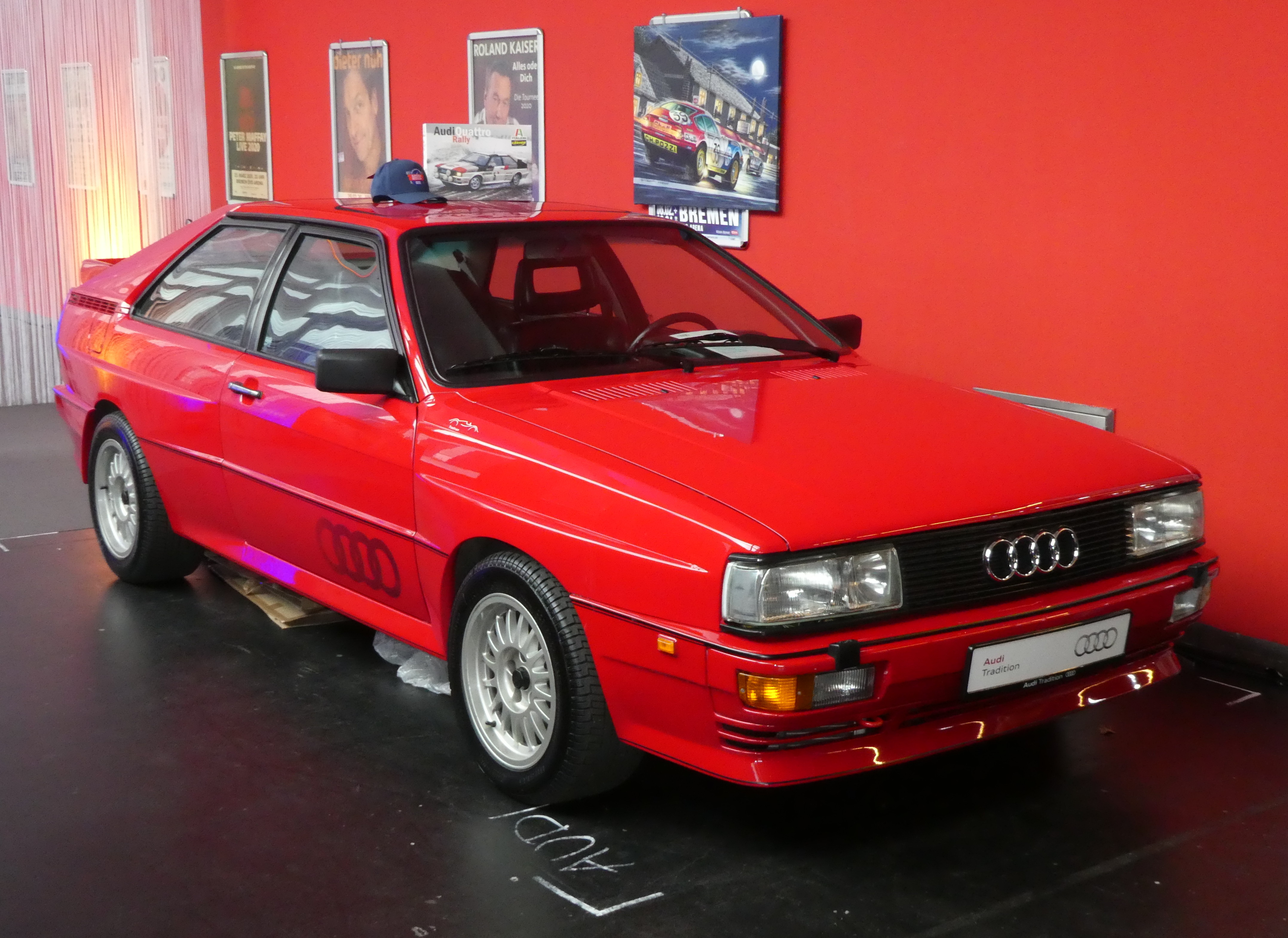 Matthew Spry 10 Jun 2020
Weekend newspaper reports on the Government’s attempts to avoid economic Armageddon included that perennial favourite, planning reform. The Sunday Times reported:
“Cummings and Jenrick are also backing a new fast-track system for developers of high-quality, well-designed buildings. And they will move to a zonal planning system where key decisions will be taken from local councils and handed to development corporations — though building on the green belt will not be permitted.”
Like Back to the Future or an Audi Quattro, the reference to development corporations (DCs) cannot fail to draw one back to the 1980s. 3,600 hectares of derelict land were redeveloped by 13 urban development corporations (UDCs) established between 1981 and 1993 as flagships of Government regeneration policy[1]. In the main, these UDCs had some form of plan making, development management and land assembly powers, as well significant funds to support their implementation. For every £1 of public sector investment in these UDCs, some £3.45 was leveraged from the private sector[2] with 8.4 million m2 of commercial floor space, 44,000 new housing units, and over 253,000 jobs[3]. Alongside some enduring urban transformations[4], there was a more disputed social and economic legacy, alongside a debate over governance and local accountability.
A new generation of UDCs emerged in 2004 (London Thames Gateway[5], Thurrock Thames Gateway and West Northamptonshire[6]) which ended their life in 2013 and 2014. Under the Localism Act 2011[7] three Mayoral Development Corporations were established: London Legacy (2012), Old Oak Common (2015), and South Tees (2017).  In 2015, a Development Corporation was established for the Ebbsfleet Garden City[8].
Development Corporations have been a touchstone of property-led regeneration activity for the past forty years, and they look likely to be part of the new planning agenda for economic recovery. It is dangerous to draw too much inference from sketchy media reports, but the Sunday Times piece does raise some questions about their future role and nature, and it generated a minor social media storm among some members of the planning fraternity. This blog looks at some considerations for this new generation of DCs with specific reference to planning for large-scale housing growth.

The role of Development Corporations in taking forward the Government’s growth agenda is not new. In 2018, the Government produced regulations[9] to enable the creation of locally-led new town development corporations (LLNTDs) instigated by (and under the oversight of) local authorities, rather than the Secretary of State, whose role would be to designate them.
In October 2019, the Government consulted on the future of DCs[10] with the stated purpose being:
“to seek views on whether this varied legal framework inhibits the operation of development corporations, and to invite ideas on how the legal framework might be reformed. We want to hear your views on whether, and how, legislative reforms might ensure that, where it is appropriate for a development corporation to be used, a fit-for-purpose model exists.”
On 11th March 2020, the Budget ‘red book’ announced its intention to produce a Spatial Framework for the OxCam Arc and stated[11]:
“The government is also going to examine and develop the case for up to four new Development Corporations in the OxCam Arc at Bedford, St Neots/Sandy, Cambourne and Cambridge, which includes plans to explore the case for a New Town at Cambridge, to accelerate new housing and infrastructure development.”

In the 2019 Consultation, the Government identified two roles for development corporations:
To date, the dominant role of DCs has been regeneration, rather than in unlocking new settlements in greenfield locations. The West Northants DC (WNDC) was initially established in 2004 with a housing delivery focus, but it encountered difficulties, and after five years – and in the aftermath of the financial crisis - its focus shifted towards regeneration projects. A review of WNDC by the European Institute for Urban Affairs (EIUA) - part of Liverpool John Moores University - found:
“By common consent it had a very difficult start, as the area simply wasn’t prepared for a massive amount of housing development in terms of infrastructure, planning policy and community support”[12]
EIUA went on to draw wider lessons for the future role of UDCs[13], including the key observation that they were more suited to “tightly definable urban challenge of such complexity, specialised nature, scale or intensity that a special purpose vehicle of this type is necessary… [and that] other types of vehicle are likely to be more appropriate in planning and developing major new settlements and delivering comprehensive growth programmes.”
In our research on Garden Communities, we identified that the only Development Corporation involved in delivering the programme is that at Ebbsfleet, established to help accelerate and enhance the implementation of a proposal where the principle of development had already been established, with planning permissions in place for most of the key strategic sites, and with a brownfield and regeneration focus.

This takes us to the key questions for the next generation of Development Corporations. What might they be there to achieve? What obstacles are they trying to overcome?
The wording of the Sunday Times article points to the Development Corporations sitting alongside a zonal planning system. At one level, having Development Corporations as a delivery vehicle – exercising control, coordinating activity, driving quality and focusing investment in an area already zoned for development - is not itself new; by and large, this type of role is accepted and understood. The bigger planning question is who selects the locations for growth - strategic zoning, if you like - and how large is the canvass for spatial choices to be made?
There is no modern precedent for a Development Corporation successfully formulating a strategic or local plan that has to decide on the selection of broad locations for growth across or between settlements and districts. It is this challenge – coupled with the ability to demonstrate deliverability of these plans for long term growth - that poses the more immediate barrier for the trickier larger-scale projects, as numerous local authorities and developers will testify.
Attempts to circumvent (or accelerate) the more traditional plan-led routes – for example, through the Eco Towns programme - were problematic. As then-Planning Minister Brandon Lewis commented[14] in 2014:
"Despite a pledge of 10 new towns by the last government, the eco-towns programme built nothing but resentment. The initiative was a total shambles, with developers abandoning the process, application for judicial review, the timetable being extended over and over, and local opposition growing to the then government’s unsustainable and environmentally damaging proposals."
The Budget announcement on 11th March 2020 pointed to future DCs operating in four defined locations within the OxCam Arc, but the extent to which these vehicles these would select the sites within these areas was not defined. The Government said it would “examine and develop” the case for the corporations and in doing so, for Cambridge, it would “explore the case for a New Town at Cambridge, to accelerate new housing and infrastructure development”. But how would it make this spatial strategy choice?
As the time of writing, new local plans for three of the four identified areas in the Arc are in the early stages of preparation[15], and the Government has also announced – confirmed in Planning for the Future[16] – that the new DCs would be accompanied by a spatial framework that would:
“give certainty to businesses and developers about where new housing and employment will be delivered until 2050 and support planning for the right infrastructure to meet social, environmental and economic needs.”
It is the Government's approach to this spatial framework that is more interesting. How will it be prepared? Into how much detail will it go? What will be its status and relationship to Local Plans?

The media reports are not inconsistent with the Government simply working up its response to the 2019 Consultation on the potential for more effective use of DC powers (e.g. on land assembly, site planning, funding, coordination, and development management), in tandem with the enhanced use of zoning provisions (inherent in the approach of local development orders (LDOs), which were also referred to in Planning for the Future). Perhaps there is no need for excitement. But some have interpreted this to mean the Government is looking to accelerate a more radical reshaping of the planning system as part of the 'Great Recovery Bill'. (The risk of dissonance in instigating wholesale planning reform at the same time as seeking to stimulate development in the short term is a debate for another day).
Development Corporations shaping and delivering growth in regeneration areas and in specific locations allocated by local plans is one thing - but this will require rapid local authority plan making in order to make progress. It is quite another to have these vehicles use plan making powers (or LDOs, or perhaps an amended NSIP route) to ‘zone’ new locations - and by default - make fundamental strategic choices about the spatial distribution of development across or between districts. It would raise a series of questions, not least over the legal framework for plan making (e.g. over SEA) and consistency with the Government’s persistent support for localism and a plan-led system.
It might be that DCs – or some other form of special purpose vehicle - can be created in advance of local plans – perhaps at the instigation of local planning authorities – to drive or support the promotion of large-scale schemes through those plans (perhaps pursuant to the OxCam Arc framework in that area), and address the questions over implementation[17] but this would still involve such Corporations working with the grain of plan making (in its current form, or recast in line with any Policy Exchange-type approach[18]) not as a replacement for it. They will also need the backing of long-term infrastructure funding to deal with the infrastructure challenges inherent in these schemes.
Compared to their 1980s/1990s heyday, DCs have had relatively selective use in the 2000s. If Government reinvigorates them as a tool for spearheading regeneration alongside an economic recovery plan for existing towns and cities, it would be a case of back to the future. If they are to also drive forward large-scale housing growth in greenfield locations chosen by local plans, the Government will need to reflect on the lessons of WNDC and also drive forward local plan making. If they are to go further and be used to circumvent a sometimes sclerotic plan-making process they will need to put meat on the bones of the OxCam spatial framework (and think how strategic location decisions are going to be made elsewhere). But be in no doubt, Development Corporations are no panacea, and having them choose directly where development goes could make the controversy of Eco Towns look like a picnic.

[1] 1981: London Docklands and Merseyside; 1987: the Black Country, Cardiff Bay, Teesside, Trafford Park and Tyne & Wear; 1988: Central Manchester, Leeds and Sheffield in 1988; 1989: Bristol; 1992: Birmingham; 1993: Plymouth[2] DETR (1998) Urban Development Corporations: Performance and Good Practice, DETR[3] Summarised in this report by the Investment Property Forum. [4] Perhaps best exemplified by establishment of Canary Wharf as global financial centre on the Isle of Dogs, the Royal Albert Docks in Liverpool, and the (mostly) well considered urban developments achieved on the banks of the river Tyne.[5] Covering the Lower Lea Valley and London Riverside.[6] Covering Northampton, Daventry and Towcester[7]  And the subsequent Cities and Local Government Devolution Act 2016 which extended the powers to Combined Authorities[8] Ebbsfleet Development Corporation[9] New Towns Act 1981 (Oversight Authority) Regulations 2018[10] The consultation paper is here[11] See para 2.129 of the the Budget[12] https://www.northants-chamber.co.uk/news/uk-can-learn-from-northamptonshire-says-european-institute[13] Summarised on page 165 here[14] See Ministerial Statement: https://www.gov.uk/government/speeches/planning-update[15] For example, Bedford is about to begin the process of preparing an updated or replacement plan for Reg 19 submission by 2023; whilst the Greater Cambridge Local Plan began its plan making journey in 2020.  The Huntingdonshire Local Plan was adopte.d in 2019, and included the original 2010 eastern extension to St. Neots[16] Available here[17] Such as those that plagued the Garden Communities in Hart, Uttlesford and North Essex – as explored in my blog[18] Rethinking the Planning System for the 21st Century.