Looking into the Budget tea leaves

Looking into the Budget tea leaves 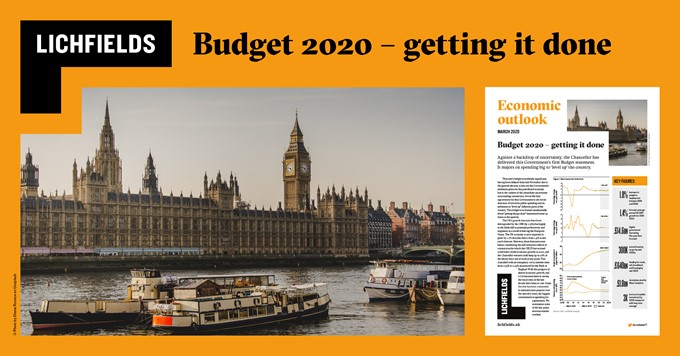 Rishi Sunak’s ministerial red box was already overflowing when he took office last month – handed the keys to Number 11 at short notice following the resignation of Sajid Javid – and it has been a tumultuous three weeks since. With coronavirus now weighing down heavily on the global economic outlook, the early tetchy stages of the UK’s negotiations with the European Union on future trade underway, and speculation of interest rate cuts later this year, the Chancellor may well be turning to his preferred brand of Yorkshire tea leaves for guidance.
Given the macroeconomic uncertainties, HM Treasury officials are reported as saying that next week’s Budget will be the first installment in a “trilogy” of statements this year – something for the aficionados to relish. Some decisions on tax, spending and borrowing are likely to be pushed back to the autumn, a year after last November’s Budget was itself postponed due to the general election.
However, the Budget is one of the key set pieces of the parliamentary calendar, and is particularly important in the context of a new government keen to deliver quickly on its manifesto promises. So what might the Chancellor’s red box hold in terms decisions on planning, infrastructure and regional economic policy? Here’s a round-up of 10 key points to look out for next Wednesday:
With a promised dose of new public spending, a significant parliamentary majority and a new phase of Brexit and global macroeconomic developments, next week’s Budget will be significant not just for the decisions made but how this sets the tone for policy and funding for the years ahead.
Lichfields will be providing further comment on the Budget in due course.
Click here to subscribe for updates (opens in email)