Planning for growth in the North East

Robert Dibden 28 Feb 2019
Article originally featured in North East England Chamber of Commerce.
As a profession, town planning plays a crucial role in identifying what development is needed and where, to meet the needs of both local communities and the economy. Key to this is a Local Plan, which should set out a framework for the future development of an area. At a time of increasing economic uncertainty, Local Plans offer an opportunity to establish a strong and long-term vision for new jobs and housing in regions like the North East. A Local Plan should provide certainty for communities, businesses and investors.
Despite these obvious benefits, the latest research undertaken by Lichfields shows that, since the publication of the National Planning Policy Framework (NPPF) in 2012, only half of all local planning authorities have adopted a Local Plan. From its outset, the NPPF 2012 was expected to entail a ‘simpler, swifter’ planning system, with clear guidance on plan-making, a strong focus on the plan-led system, and a commitment to meeting the nation’s housing need. And yet after six years, and the publication of an updated NPPF in 2018, just half of all authorities benefit from a post-NPPF 2012 strategic plan. Indeed, as at 31 December 2018 almost a quarter of authorities we studied still have plans under examination, and 22% of authorities are yet to even submit a post-NPPF 2012 Local Plan. 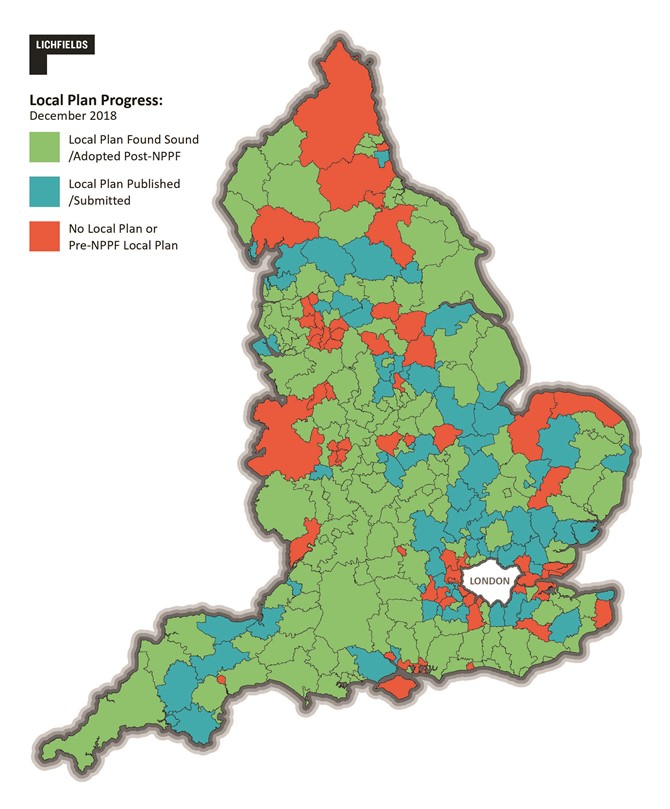 This is reflective of the picture in the North East – a region which stands to benefit more than most from a strategic and planned approach to development. Of the 12 North Eastern local planning authorities (encompassing those Council areas from Teesside to Northumberland), seven (58%) currently benefit from a post-NPPF 2012 local plan. Of the five authorities yet to adopt an up-to-date plan, Durham and Northumberland cover a significant proportion of the overall region and, to some extent, have been hampered by the complexity of their transition to unitary authorities in 2009. With the exception of Darlington, the other four authorities also all incorporate Green Belt designations which can act to constrain development.
To meet its manifesto ambition of building 300,000 homes annually by the mid 2020s, the Government is committed to increasing the supply of housing through a plan-led system.
Alongside other recent changes to national planning policy, the Government has also now introduced a statutory requirement to review, and if necessary update, the strategic policies of Local Plans every five years – or sooner subject to changes in local circumstances. This leaves over half of all authorities nationally needing to review their plans within the next two years. Again this has potential implications for the North East. Of the seven authorities which currently have up-to-date Local Plans, both Newcastle and Gateshead are required to review their plans in 1-2 years, and Middlesbrough within the next 12 months. 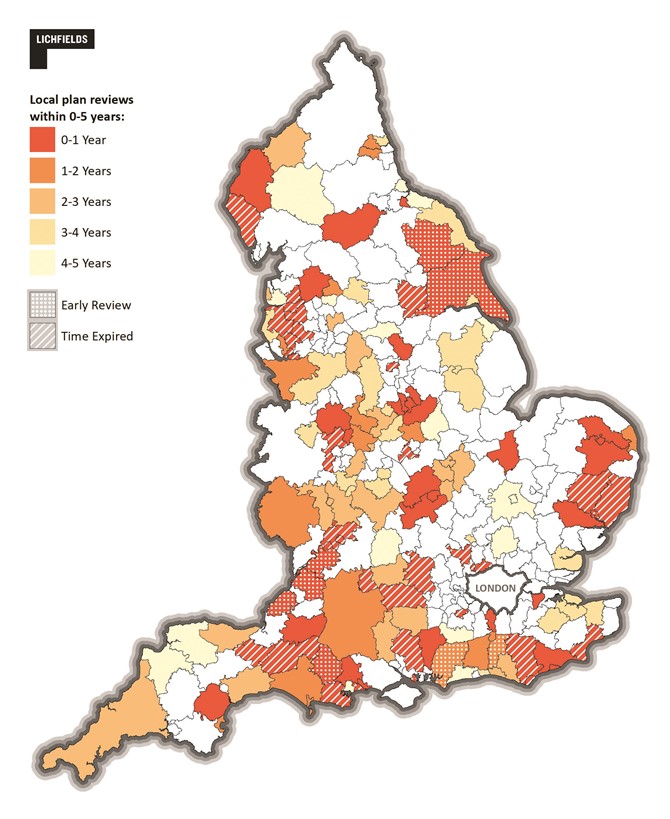 Given the inconsistent plan progress under the NPPF 2012, the Government’s new reforms are clearly much needed to meet its housebuilding and plan-making goals. However, these increased expectations that plans will be kept up-to-date also brings challenges and higher workloads for local planning authorities.
Whilst the preparation of a Local Plan must be led by a local planning authority, the process should ultimately be a joint endeavour in collaboration with local communities, developers, landowners and businesses. As the pressure mounts, let’s hope the North East can rise to the challenge and help to secure the investment our region needs.

If you have any queries about Local Plan progress in your area, or wish to explore opportunities to promote your development through the plan-preparation process, please contact Robert Dibden.
Durham’s Local Plan is currently subject to consultation until 08 March 2019, and Northumberland’s until 13 March 2019.